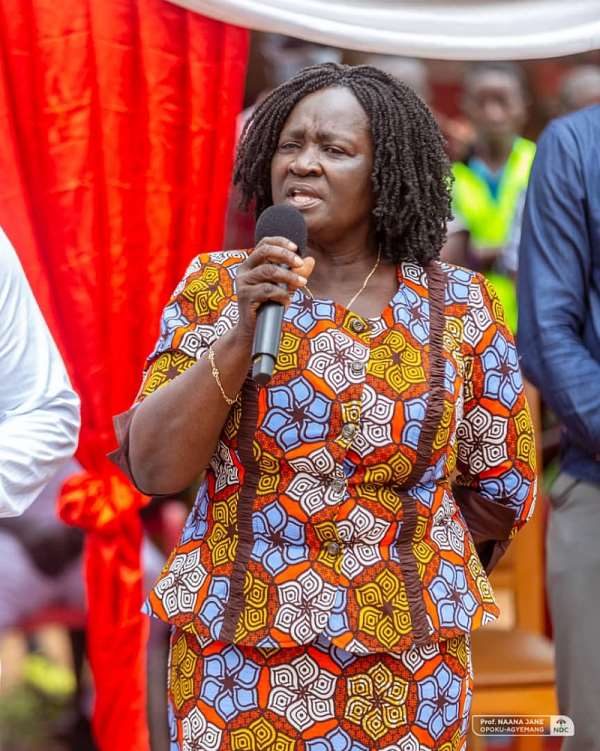 "The NDC has provided the solutions before, and we will do it again when given the mandate by the people to return to power," she said.

Interacting with traders and artisans at a town hall meeting at Twifo-Praso in the Central Region today, as part of her tour of the area, Prof. Opoku-Agyemang, described the halt in support facilities for traders and artisans under the present administration as regrettable.

Responding to concerns raised by representatives of hairdressers, seamstresses, tailors, market women, commercial motor riders and drivers associations, the Running Mate, noted that all incentives advanced to the various groups, during the previous NDC administration, would be restored.

In addition, she said the payment of stipends to apprentices would be restored, adding that start-up packages would be provided to enable trainees who complete their apprenticeship to effectively commence their small scale businesses to also create jobs.

Touching on a concern over the deplorable state of the Twifo-Praso market, Prof. Opoku-Agyemang gave assurance that the market would be properly developed as part of the NDC infrastructure development agenda.

"If it comes to building modern markets, you know what we can do because we have the track record," she said, citing the multi purpose Kejetia market project as an example.

The NDC, she explained, would continue to prioritize the development of markets because of the essential role markets play in the local economies, saying the Twifo-Praso market would not be neglected.

Earlier, the Running Mate interacted with commercial drivers and commuters at the Twifo-Praso main lorry station, where she assured them of better living condition under the next NDC administration.

Covid-19: Hassan Ayariga under life support after ridiculing...
14 minutes ago

What evil men mean for wickedness God turns it around for go...
29 minutes ago