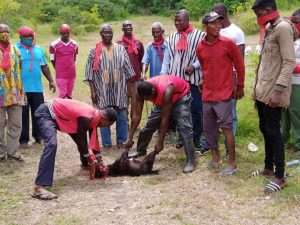 The cloud of uncertainty is forming over the Osudoku Traditional Area in the Greater Accra Region, as families and clans are preparing to take up arms over a disputed land.

Reports reaching DGN online indicate that some families and clans within the area are arming themselves against their Paramount Chief, Nene Aadegbor Ngmonmowuyaa Kwesi Animle and it is only a matter of time before skirmishes erupt.

The confusion steams from purported notice served by the Paramount Chief to the clans that he is taking steps to re-demarcate lands in the area.

However, furious families and clan heads of Labor Division, Dakausi of Gbesi Kpornu and Boba Tsangmer Division of Osudoku Traditional Area have rejected the re-demarcation of their land, especially the Yogwasi land in a joint press conference held at Asutuare. 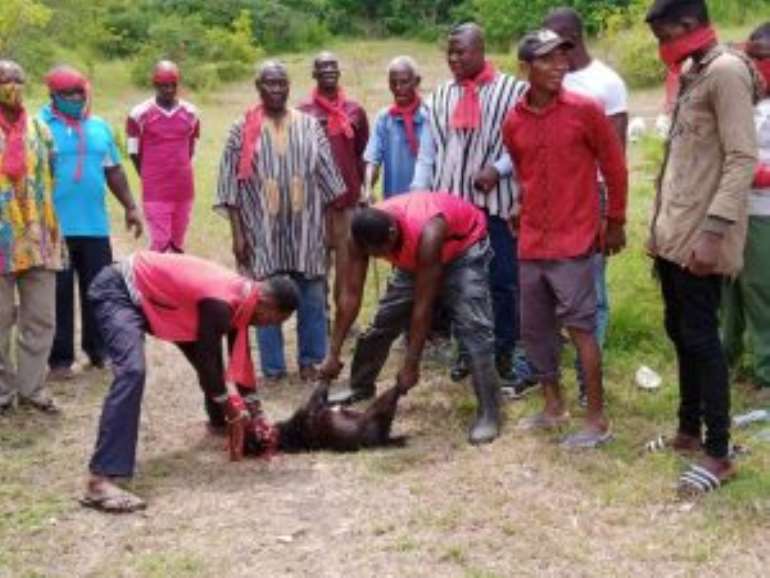 According to them, “In Dangme areas, chiefs don’t own lands. They are merely custodians that hold the land in trust for families who are allodia owners. Chiefs only represent their families at the traditional council meetings headed by the Paramount Chief. This has been the trend and the constitutional mandate of a chief in Osudoku.

“It is very surprising that lands that were discovered by settlement centuries passed and well demarcated between families and clans of the various Divisions of Osudoku many years ago, especially the Yogwasi land would be re-demarcated by the Paramount Chief of Osudoku, and his cohorts for reasons best known to them. The Yogwasi land which the Chief suggested to be re-demarcated today has history,” the peeved people said.

According to them, they are not in agreement with the Paramount Chief’s suggestion in his letter dated July 14, 2020 for the redemarcation of the Yogwasi land.

The families and clans have therefore served notice that they are prepared and laced their boots to defend their legitimate lands as the only bonafide asset left for them by their ancestors.

“From today’s press conference, we the family representatives suggest that the Paramount Chief reneges on his decision to redemarcate the Yogwasi land as stated in his letter to the chiefs otherwise the Labor Division will pull out from the Traditional Council,” the people stated.

They have therefore appealed to the security agencies, National Peace Council, National and Regional Houses of Chiefs and all those who matters to step in before the matter escalate.

Meanwhile, when the Stool Secretary of the Osudoku Traditional Area, Nene Amanor was contacted, he refused commenting than saying that the Council will respond at the appropriate time.