By Robyn Pharoah - The Conversation 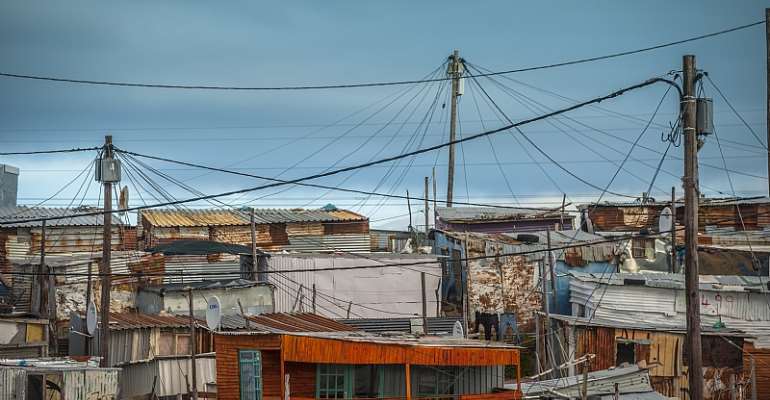 Inflammatory housing materials such as candles and paraffin stoves cause fires which spread rapidly in informal settlements. - Source: GettyImages

Dwelling fires in informal settlements and backyards are a particular problem. Analysis by the Human Sciences Research Council shows that of South Africa's metros, Cape Town had the second highest increase in backyard dwellings, after Johannesburg, between 2001 and 2011. Many of these households use dangerous energy sources such as paraffin stoves and candles, as well as illegal electricity connections which often spark. Owing to the inflammability of housing materials, fires spread rapidly.

There's an urgent need to do more to protect lives and property. It's difficult to prevent fires from starting, but it's possible to reduce their size and deadliness.

Early detection of home fires is critical in preventing deaths and injuries. Fires can smoulder for some time before bursting into flames, releasing deadly toxic gases. This is why the majority of fire-related deaths are associated with suffocation .

Smoke also disorients and incapacitates people so that they cannot escape. Detecting a fire during its smouldering stage reduces the risk of suffocation and gives time to escape or extinguish fires.

Formal buildings use smoke alarms to alert occupants, but until recently they've not been used in informal dwellings. It's something that's now being tried in the Western Cape, where municipalities and non-governmental organisations such as the South African Red Cross Society have installed smoke alarms in selected communities.

The problem is that there are unique challenges associated with using alarms in informal environments. A pilot project by the Western Cape Disaster Management: Fire and Rescue Services, Stellenbosch University's Fire Engineering Research Unit and the Research Alliance for Disaster and Risk Reduction suggests a need for caution.

The project piloted the use of smoke alarms in an informal settlement in Wallacedene in Kraaifontein, in the City of Cape Town in 2018. Following tests of different types of alarm, a photoelectric alarm was chosen as most appropriate for informal environments. Photoelectric smoke alarms use light to detect smoke. When smoke passes in front of a light source in a chamber, it scatters and triggers the alarm.

This followed full-scale smouldering and flaming tests on different devices. As the main aim was to prevent inhalation deaths, the testing examined the speed of activation, as well as how alarms performed when people used candles or stoves and if they cooked or smoked nearby. The photoelectric alarms proved best overall, triggering the soonest and producing fewer nuisance alarms. A total of 1,200 alarms were installed in the trial community.

The project gathered baseline data on people's perceptions of fire risk and behaviour, and monitored how well the alarms worked in the year following installation. It recorded the frequency and causes of alarm activations, people's views on the alarms and their effectiveness in reducing fire-related deaths, injuries and property losses.

The results suggest that the alarms reduced the frequency and impact of fires. Unfortunately, there are no records of the number of fires prior to the pilot, but residents reported several large fires affecting multiple dwellings. Three fires were reported in the six months following the installation of the alarms.

But the monitoring also highlighted several threats to the intervention's long-term effectiveness. Residents said they felt safer at first. But nuisance alarms increased over time and people started to take less notice of them.

In some instances, repeated false alarms soured people's relationship with neighbours. By the end of the monitoring period, many households had removed their smoke alarm. Some were removed or fell off during renovations or structural changes to dwellings and were never re-installed.

In addition to faulty alarms, nuisance activations were commonly triggered by steam or smoke generated during cooking, particularly of oily foods and when food burned, but also from people smoking and steam from bathing. Less common triggers included smoke from burning of traditional herbs, hair dryers and mbawulas (modified stoves used for heating).

The gradual increase in false alarms also suggested that the devices may have been affected by accumulated dirt or become infested by insects. The monitoring showed that alarms installed on ceiling beams were more prone to false alarms as smoke and steam naturally accumulates at roof level. This is less of a problem in formal buildings as they have more space and better ventilation. Smoke and steam accumulate very quickly in an informal dwelling.

Our findings suggest that although smoke alarms promise to be a valuable tool to reduce the risk and spread of fires, alarms designed for formal spaces cannot be applied wholesale to informal ones. In most cases, fairly simple technical modifications could improve their performance. These include incorporating mesh to discourage insects and adjusting the interactivity and the timing of the silence feature.

Such refinements need to be incorporated and tested. Communities need information and training to keep alarms functioning optimally.

Robyn Pharoah does not work for, consult, own shares in or receive funding from any company or organization that would benefit from this article, and has disclosed no relevant affiliations beyond their academic appointment.