By Sechaba Mokhethi in Lesotho - RFI 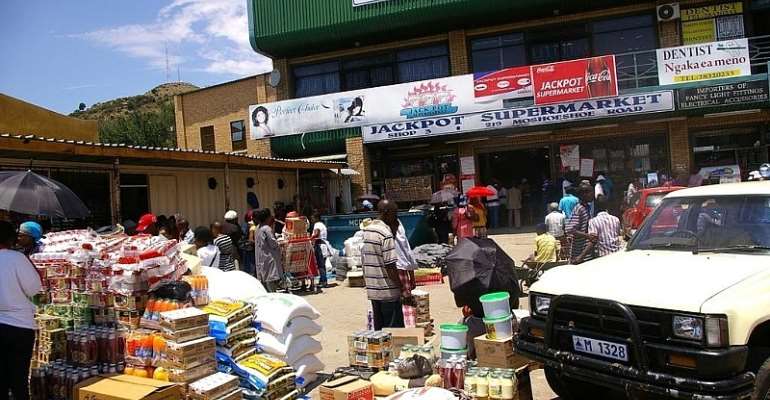 Two members of Lesotho Defence Force (LDF) were arrested this week and are facing charges of the murder of a Chinese businessman, only known as 'Dr. Cheng', who was killed in broad daylight at his business in Mafeteng last week.

Cheng had been operating a surgical business for a number of years in Mafeteng district, situated 77km south of the capital, Maseru. During his time in operation, Dr Cheng was known for running the “most successful” illegal abortions in Mafeteng Town.

Four people entered Cheng's surgery on 15 September, holding him hostage until they shot him to death and fled the crime scene.

According to a Mafeteng Community Radio report, a day before Cheng's murder, a male soldier arrived at the surgery requesting to be sold pregnancy termination pills for his girlfriend.

He was told he could not purchase the pills for a patient who was not examined by the doctor to understand her situation. The soldier then asked to come with the patient on the next day, Tuesday.

“On Tuesday, three men arrived carrying a lady disguised as a patient and they were allowed in as Cheng was expecting them. That is when they hit him with a gun, stuffed mohair into his mouth and later shot him,” according to the report.

Murdered in cold blood
Two soldiers, Private Moletsane, Private Mahlomola Lebaka and two other alleged accomplices, including a 24-year-old woman, have since been arrested for the murder.

The perpetrators were first caught on CCTV camera and the footage was circulated on social media and public gave leads that ended in their arrest.

On Friday, army spokesperson Brigadier Ntlele Ntoi issued a statement informing the public that two of their members were arrested for their suspected role in the killing of Cheng.

“The initial report…states that following that heinous incident in which that Chinese national was murdered in cold blood, the Police embarked on the investigations which ultimately pointed to the two members of the LDF,” said Ntoi.

“Once the investigation report was tabled before the LDF Command, haste measures were taken to apprehend the suspects, and as a matter of procedure, the military police handed them over to the police,” he added.

The LDF allayed the fears of the Chinese business community in Lesotho, calling for calm as the investigations proceeded.

'Doctor' known to police
Cheng was arrested five years earlier for allegedly dispensing expired antiretroviral drugs and antibiotics, operating under filthy conditions and without a licence.

According to then Minister of Health Dr. 'Molotsi Monyamane, Cheng was only registered as a “traditional doctor” in his native China, and was neither a surgeon nor a physician.

“Here he is administering drugs that don't even have dates and names, and he doesn't even have a license. He should close shop before much damage is done to trusting and helpless lives,” Dr Monyamane said.

Like other African countries, Lesotho was not immune to the advent of Chinese traders' proliferation.

Many in the Chinese community are known for owning butcheries, supermarkets and clothing shops which have crowded out the indigenous small businesses, much to resentment of local business owners.

Other Chinese businesspeople have had run-ins with the law, including a butcher who was deported for selling rotten meat.