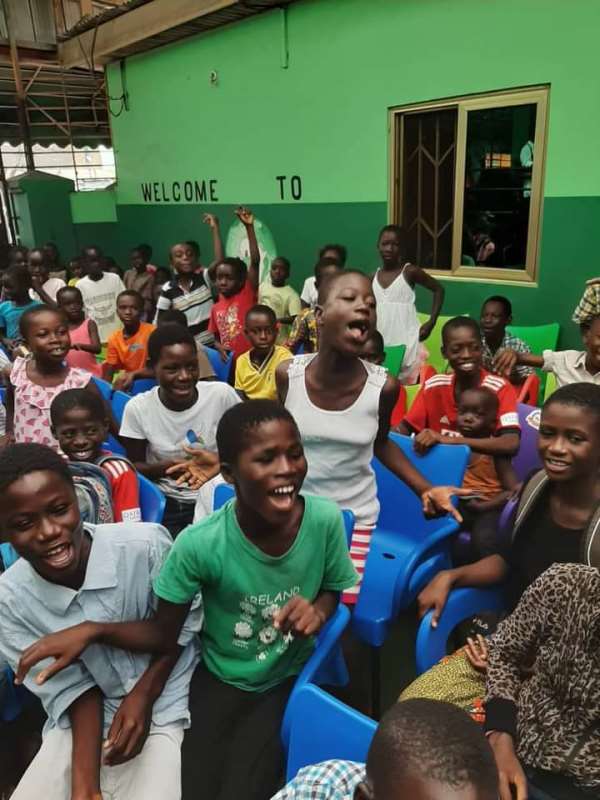 As part of celebrating its 10th anniversary of impacting the lives of vulnerable children, Street Children Empowerment Foundation (SCEF) has held a virtual stakeholder conference on children to discussed ways of improving the welfare of children in street situations.

The conference was on the Theme: Social protection during a crisis; leaving no child behind.

According to the foundation, many vulnerable Street children are yet to benefit from the government's initiatives and policies.

"In the last few decades, the government of Ghana has strived to reform child welfare and protection systems, including the ratification of many international treaties and protocols such as the United Nations Convention on the Rights of the Child. The government has also developed internal policies aimed at improving access to quality education for children at the primary, basic and secondary levels".

"However, many vulnerable children are yet to feel the impact of these initiatives and policies. Street children who are the most vulnerable seem to be the forgotten population among children in Ghana. It is estimated that, as at 2014, Ghana had about 90,000 children on her streets, which was a significant increase from the 33,000 recorded in 2011", SCEF revealed.

It went on to add that apart from the lack of educational opportunities for these children in street situations, 87% of street-connected children surveyed in 2015 exhibited moderate to severe psychosocial symptoms, including emotional, conduct, hyperactivity, and peer relationship problems. With an increase in the number of street children, how do we get them to benefit from the government’s children's welfare initiatives? How do we also ensure that a lot more children do not end up on the streets?

In search of answers to these critical questions, Civil Society Organizations (CSOs), Non-Governmental Organizations (NGOs), representatives of all the arms of government, and political parties who have an interest in promoting and improving the welfare of these vulnerable children are convening at a virtual conference to deliberate on how to work together to give these children the childhood they deserve.

The conference will also serve as a platform to present a petition – dubbed the children manifesto (which has been signed by individuals and organizations) to the three arms of government and political parties on what children and other interest groups expect of their leaders in transforming the lives of the vulnerable children.

The platform also leverages the upcoming general elections to advocate for clear and realistic policy commitments from political on their plans for these children and demand for these commitments to be added to their manifestos for accountability.

Christiana Baafuo-Awuah, a Board member of SCEF, urged all participants and partners to work collaboratively to push children manifesto to real life-changing experiences.

"I would like to take this opportunity to challenge all of us to come together and take a collective action to take control, of our destinies and that of the children we work with. Let’s agree to this petition as a way forward in supporting street-connected children and also agree in principle to work collaboratively with our partners to achieve positive outcomes for vulnerable children whiles we also work towards becoming self-sustainable as independent NGO’s", she stated.

The Street Children Empowerment Foundation (SCEF) is a registered non-governmental organization in Ghana (CG123552014), founded in September 2010 that seeks to rescue, rehabilitate and reintegrate children in street situations in James Town and Accra Central, Ghana. We are also registered in the U.S.A, Germany, and Finland.