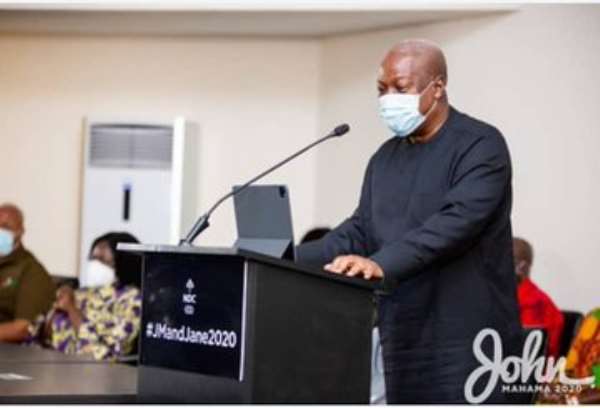 Former President John Dramani Mahama has described as inadequate the two-day extension for the exhibition of the new voters’ register, announced by the Electoral Commission on Wednesday.

According to him, anomalies detected on the voter’s roll will require more time coupled with comprehensive and transparent dialoguing with IPAC.

Mr Mahama cut short his campaign in the Bono Region after complaints by party executives over missing names during the exhibition of the voter’s register.

The EC today extended the exhibition exercise by two more days to give more Ghanaians the opportunity to verify their details in the register. The exercise will now end on September 27.

However, addressing the nation on Thursday, September 24, Mr Mahama insisted that the actions of the EC is causing distress among Ghanaians over the upcoming elections.

“It is obvious that the EC despite the desperate Public Relations attempts recognizes its failures and the potential challenge to the electoral process emanating from it actions.”

He indicated “we believe that the decision to extend the exhibition period to Sunday, September 27th vindicates the position of the NDC. We, however, think that the two-day extension is inadequate to address the magnitude of issues that we have discovered that need to be resolved.”

“The NDC wishes to recommend to the EC once again to begin a regular comprehensive and transparent dialogue with IPAC.”

Mr Mahama went on “It is striking knowledge that a major requirement and prerequisite for the conduct free and fair election is the availability of a credible voter’s register. As many have observed the EC announced the exhibition of the voters register to take place between the 18th and 25th September 2020. The EC itself has publicly admitted errors in the register that is currently being exhibited.”