The Tragedy Of Love; Recounting The Story Of A Friend Killing The Girlfriend And Committing Suicide In Cape Coast 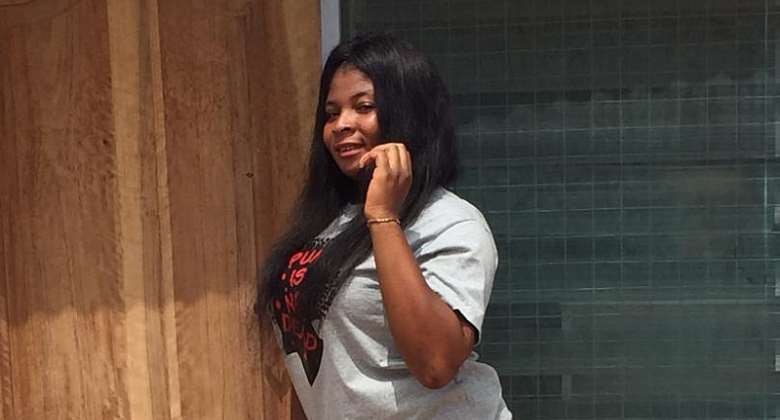 On Tuesday 22nd of September 2020, I was awoken from my sleep by a call from my brother Dominic Oboh and his remarks were "The news is that, your brother Kwakye had killed his girlfriend in his room and has absconded". I was very much amazed and asked him whether he was sure about it? He continued "That is the big news at" Kakumdo" (a suburb of Cape Coast) and has been trending about three days now and I just had the news from a friend and decided to brief you accordingly," he added.

I immediately called the wife who is also a family friend to make enquiries about what I had just heard. She said "All you've heard is true". Wow, shocked and confused, I was on the phone.

ENCOUNTER WITH THE WIFE

The wife of Emma who confirmed the news to me said his deceased husband has been maltreating her because of this same lady. She explained to me that, it was the main reason why she had to find a job and leave the husband's house to where she works now to find some peace.

She quizzed that "Can you imagine that because of this same lady, my husband would sleep out and when I asked him about it, he gets offended at me?". I've not seen the lady before but I know my husband has been cheating on me with her," she added.

According to his wife, on Saturday 19th of September, 2020, she called the husband now deceased, and told him to accompany her to take their three-month-old son to church. She continued that, the husband responded saying "If I'm not dead by Sunday, then I shall come and accompany you to dedicate our son to the Lord". According to her, her husband later called and thanked her for all the good things she has done for him and also asked forgiveness for all the wrongs he has done to her. She narrated the whole incident to me.

"I was surprised about the way he was speaking because he has been having problems with me and had even decided not to take responsibility for our child and denying that the child isn't his". So, at a point, I was lost with all he was saying".

She continued that, she never took those commentaries seriously until her husband sent her a WhatsApp message demanding for the pictures of their son whom he hadn't seen before. According to her, she sent the pictures to him and he expressed his admiration and added that, if he wasn't dead by Sunday, then he shall come to accompany her to church. She added that, it was there that she replied the message asking him "What was wrong with him?" But according to her, he replied that he was just joking and since then she never heard from him again until she was called and given the bad news of what her husband has done to his girlfriend.

ENCOUNTER WITH THE POLICE

After having this conversation with my friend's wife and she confirmed same to me. We had a lengthy discussion on the matter which I cannot share more details because that wouldn't be fair to a dead friend and his wife.

Later that morning, I received a call again and this time the news was that Kwakye had committed suicide by hanging and the body had been found at 'Bronyibima,' a suburb of Elmina.

I called the wife but she couldn't pick up. She later called me and said the CID had invited her but I was quick to add that "Your husband had committed suicide and I've sent you the pictures of the incident and called but you couldn't pick up". So, if the Police are inviting you over then, that could be the reason". She screamed oooohhhhh and I said, "that is the latest news I've had about her husband."

Later that morning at about 11:14am she called me, we met and we proceeded to the University of Cape Coast Police Station. That was the police station handling the murder case.

We had a lengthy conversation with DSP Awal who is the Commander of the Station and he asked the deceased driver's wife whether she had heard what had happened? She answered in the affirmative. He then asked her how she heard the news and she replied that, she read about it on social media.

According to DSP Awal, the whole unfortunate incident was planned and executed. I asked him why he had come to such a conclusion and responded saying how the lady was killed in the guys room without any struggle amazes him. "Killing a human being isn't easy, so for him to able to say that, without any trace of struggle with the girl makes it surprising to him". He added that "It appeared there was no scream from the lady and none of the tenants in the house hand any wind of the incident," DSP Awal stated.

I asked him so how was the murder discovered? He narrated that, Emmanuel Kwakye had given one of his keys to a cotenant who keeps her food items in his fridge. The lady had gone to his room to pick her item from the fridge and found the lady in the room but she thought she was asleep. He continued that, it was one of the friends of the deceased who had come to the house to look for his friend after incessant calls without any answer. It was he who discovered that, the lady had been killed in the room on the morning of Sunday 20th September, 2020. The exact time of the murder is still unknown but from the narrations, it might have been on Sunday.

According to the DSP, his friends intimated that, he had been making comments to ending his girlfriends life and that of his. But, they never took it serious until the fateful news. He added, the reason why he thinks it was well planned and executed was that, "When you see the rope with which he hanged himself, that should tell you, he meant to end it all. The rope is a very strong one," he added.

After this unfortunate incident, there have been rumours and a lot of reportage with misinformation and factual inaccuracies. Others are saying he might have been a member of a cult group due to some things he wrote on an envelope that was found in his room.

I have had the opportunity of reading those notes he left behind and it has nothing to with any 'occult' group, though had some mystical dimensions that related to death. Moreover, the wife has clarified that her husband belongs to no such group to the best of her knowledge.

The second rumour is that, the guy was the one who took the lady through her three years of Training College Education. This is factually inaccurate.

Emmanuel Kwakye who is a family friend of mine had personally told me that, his girlfriend had revealed to him after some months of their dating that, a certain gentleman took her to school. "She would marry the gentleman, should the gentleman show seriousness and demands to marry her" which he told me some months ago. He added that, the lady told him that, if she doesn't marry that guy, she would be very ungrateful to that gentleman because of what the man has done for her. This the beginning of his problem with his girlfriend.

My friend and brother Emma as we affectionately call him wasn't happy and came to discuss it with me. I opined that, he has no case since the lady has been very truthful to him and as such he should take it easy with her. I remember telling him, there are two options, either he would end the relationship or keep the relationship knowing that, the lady belongs to someone.

WHO IS EMMANUEL KWAKYE

Emmanuel Kwakye my name sake as I've known him is a very respectful and hardworking taxi driver.

Ever since we met somewhere in 2012, he has been my family chauffeur and the chauffeur for other important personalities in Cape Coast. Married to Comfort a beautiful lady.

He is very affable and a handsome gentleman until this unpleasant incident.

From knowing him, his wife and having ample knowledge about his relationship with his murdered girlfriend, I have come to the following conclusions:

First, it is possible he might have spent heavily on this lady and felt cheated by her. Because the last time we met was Thursday, 15th of September, 2020. He complained to me again about some things the lady was doing which he didn't like. I counseled him to be calm and that he should come the following day for us to do further discussions on the issue and help him seek further help.

From all the conversations we had, he indicated that he loved the lady so much and would want to marry her at all cost. He added that he was prepared to do anything to have her but never mentioned to me he planned to murder her and commit suicide as well.

The second inference I intend raising is that, I don't know what actually this particular lady did this my brother such that, he was overly in love with her. For a married man to love someone to the extent of murdering her and killing himself, leaving behind his wife and three month old son, leaves much to be desired.

I wouldn't have written anything about this unpleasant incident, but to help dispel rumours and misinformation I had to.

Inasmuch as I don't condone men who chase other married women, or married women who cheat on their husbands, it happens in our society. I don't necessarily abhor a married man chasing other single ladies because this has been part of humanity ever since.

My only caution is for married men to be careful about the kinds of concubines they decide to have. Some of these single ladies are over-ambitious to the extent that, they are willing to do anything to keep somebody's husband and damn the consequences. Such situations are devilish on the part of those ladies and they must stop it.

Emmanuel Kwakye, the deceased taxi driver had issues with his wife which I shall not disclose here. But, men should also be careful not to be disrespectful and ungrateful to women who have helped them to stand on their feet. The world is a cycle and everything seems to go round in circle. Whatever a man soweth, so shall he reap.

May the departed souls of Emmanuel Kwakye, my friend, my brother and my family chauffeur and that of his girlfriend Georgina Sayel find their balance in the spiritual realm. Let's all tread cautiously.