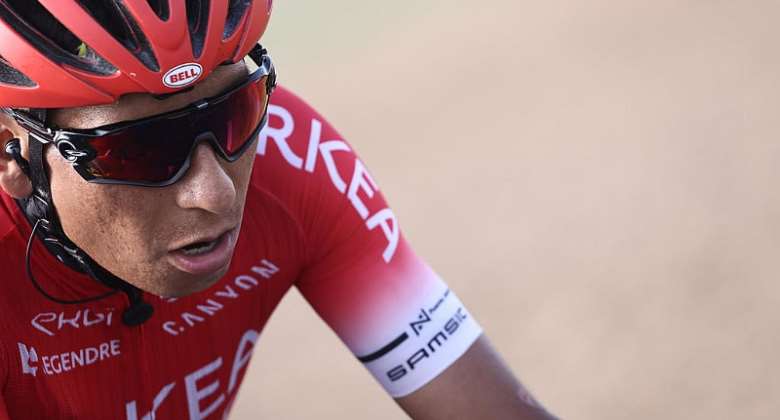 The top rider of a Tour de France team implicated in a doping investigation said he had nothing to hide after police detained two members of his outfit.

Nairo Quintana, leader of the French-based Arkea-Samsic team, said no drugs were discovered during the investigation.

"No doping substance has ever been found," the 30-year-old Colombian said in a statement. "I have nothing to hide and have never had anything to hide."

Police held two people from the Arkea-Samsic team on Monday. They were released on Tuesday.

Dominique Laurens, the  Marseille prosecutor, said that the pair had many health products including drugs in their personal belongings. "The investigation is ongoing," Laurens added.

Quintana, who won the Giro d'Italia in 2014, suffered a crash on stage 13 of the 2020 Tour de France and then further behind the pacesettes on the Grand Colombier two days later:

He finished the race in 17th place, more than an hour behind the winner Tadej Pogacar.

Scandals
The Tour de France was rocked by a probe in 1998, when customs officials stopped a vehicle laden with doping products and the Festina team was thrown off the race as the peloton headed into Paris.

Most notoriously, Lance Armstrong, who won seven consecutive years between 1999 and 2005, admitted doping in 2013 and the American was stripped of his titles.

The French team's general manager Emmanuel Hubert, general manager of ArkeaSamsic said the police inquiry involved only a very limited number of riders, as well as their close entourage who are not employed by the team.

"But if it turned out that at the end of the current investigation, elements came to confirm the truth of doping practices, the team would immediately dissociate itself from such acts and would take the necessary measures without delay," Hubert said.