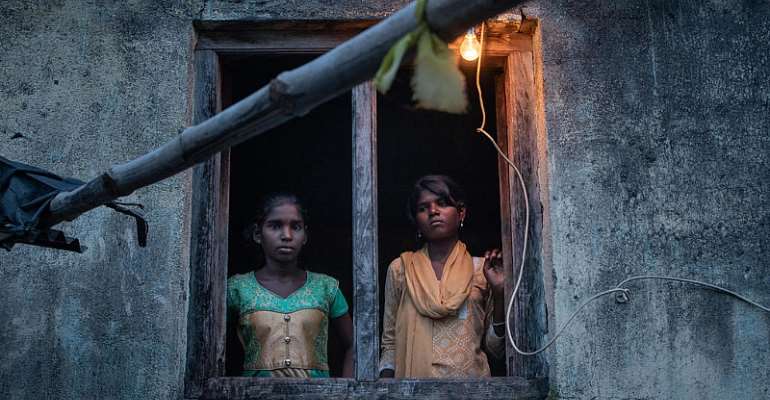 For the third year in a row, the Visa pour l'Image photojournalism festival in Perpignan comes to Paris. "Sugar Girls", one of 13 exhibits coming to the French capital, highlights the abusive hysterectomies suffered by women working on India's sugarcane plantations. Photographer Chloe Sharrock tells RFI about her project.

"Sugar Girls" started in October 2019 after 28-year-old photographer Sharrock read an article in the Indian daily Hindu Business Line: "Why many women in Maharashtra's Beed district have no wombs".

The story, published in April 2019, reported an abnormally high number of women in Beed, all working as sugarcane cutters, who had undergone a hysterectomy, the removal of the uterus, which was unnecessary and performed without consent.

Q: What's the situation for the 'Sugar Girls' in Beed district?

Chloe Sharrock: The problem is that these women have an extremely tiring job, very physical. Also their job is in the informal economy of India. They are not protected by any social security or unions or any regulations.

When they have health issues, they go to private clinics. And that's where the doctors convince them or make them believe that they need surgery.

Some of them are there because they have back pain or heavy menstruation and the doctor tells them 'you might have cancer and you absolutely need surgery'.

Of course these women have no knowledge about their own bodies, so they believe the doctors and accept the surgery.

The doctors can charge 45,000 rupees (650 euros) for the surgery. The women have to pay it and usually they don't have the money so they have to borrow from their field contractors - the "mukadam" - who ask for very high interest rates.

Also communication between women is not that easy because it's an extremely taboo subject.

Q: What's being done by local NGOs?
CS: Activists at the moment are trying to pressure the government, to gather as much proof and testimonies as possible, which is hard because the women have no medical reports after the surgery.

In June 2019 they created a state committee that is supposed to investigate the issue and implement regulations but there are no concrete sanctions.

I personally believe it's all a sham.
Also, I think the lobbying of the private medical sector is extremely strong so that's why it's so hard to change the situation.

There's actually no proof of what happened to them. If there were no scars, there won't be any proof.

In 2020, "Sugar Girls" was honoured with the French Ministry of Culture Production Grant for Female Photojournalists.

Chloe Sharrock plans to return to India to continue her investigation as soon as health restrictions make it possible.

One of her photos is among the exhibits at the Visa pour l'Image festival outside the Grande Halle de La Villette in Paris until 2 November.

Akufo-Addo to launch ‘Operation Clean Your Frontage’ in Accr...
7 minutes ago

Retract and apologise your derision, disrespect, and condesc...
9 minutes ago