Elections 2020 In Ghana: The New Media Technologies Are A Way To Go 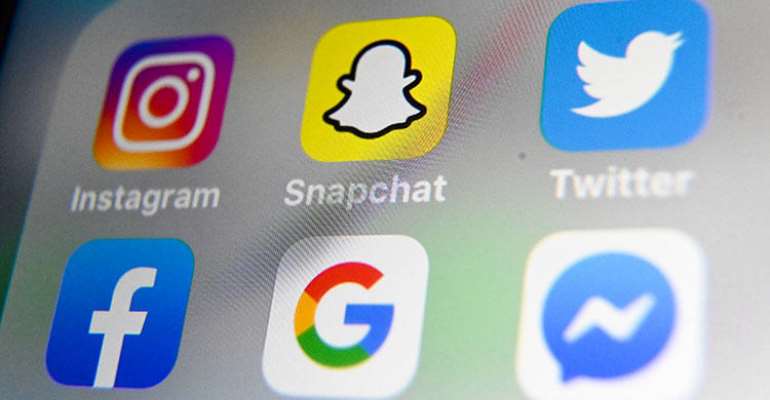 Between the elections of 1992-2016, a lot of media platforms were used for the political parties doing campaign season through different types of media. But elections 2020 December, there are indications that the Presidential and Parliamentary candidates are going to use a lot of new media/social media to campaign in Ghana rather than traditional media, currently Ghana places 9th on the global report for a number of hours people spent per day on new media ( www.moc.gov.gh , 2019).

This shows that Ghanaians are now moving to digital platforms.

The programme manager of Cybercrime Unit of the Council of Europe, Matteo Lucchetti, said in 2018, 4.4 billion people are using different types of new media out of 7.5 billion people ( www.moc.gov.gh , 2019).

However, there are different types of technological platforms which are applicable to the usage such as, business class, academia, politicians, theologians, and others. The type of platform usage may depend on the person or institution on which one or two to use so as to reach their followers/clients/audience, others may decide to use a variety of them. These are some of the new media (subset) and most popular once are: i.e. YouTube, Snapchart, Instagram, Twitter, Facebook, Tumblr, WhatsApp, Linkedln, Myspace, Wechart, QQ, Viber, Pinterest, and others.

Politicians have taking the opportunity through the new way of communicating with their followers and also to monitor how citizens may able to reach them and also shear their opinion. It has worked in favour of Barack Obama of US in 2008 & 2012 elections, due to the trend across the globe, almost all the aspirants in Ghana are trying to gather followers on their handles, i.e. His Excellency Nana Addo Danquah Akuffo Addo of the New Patriotic Party and His Excellency John Dramani Mahama of the National Democratic Congress, while other political parties are also doing well to applying it in their activities.

With the help of new media technologies, when use it well, you can reach millions of people all over the world, meanwhile in Ghana as of January 2020, around 6 million people were using new media technologies, the number increased by plus 12% between April 2019 and January 2020 ( datareportal.com , 2020). Currently, the following report indicating how Ghanaians are gradually developing interest in new media: Facebook 58.37%, Pinterest 18.77%, Twitter 15.08%, YouTube 6.17%, Instergram 1.01%, Tumblr 0.2% ( gs.statcounter.com , July 2020).

More Opinion
ModernGhana Links
Observations From Afar: Half Term Report On Ghana – January To June 2021
The Black Man Is Capable Of Managing His Own Affairs???
Noise Makers Do Not Have the Right to Damage the Health of the Citizenry
MEDIA TODAY: Objectivity, Vendetta or Bootlicking. Democracy in Ghana cries
Why I Will Not Recommend Johnson Johnson One Shot Covid-19 Vaccine Use In Ghana. My Unpopular Opinion
How Businesses in Northern Ghana and other Zongo Communities are managed
Rising levels of unemployment in Ghana : A ticking time bomb
The Youth Don't Need Empty Promises Anymore But Action Words
Don't Pollute The Minds Of Those Willing To Support The Construction Of The Cathedral
TOP STORIES

[Video] I joined #FixTheCountry demo because my Church membe...
14 minutes ago