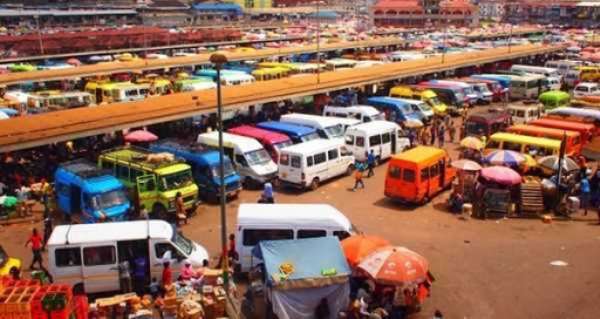 A group calling itself the Concerned Drivers Association of Ghana had stated its opposition to the promise by the opposition National Democratic Congress (NDC) to legalise okada business in Ghana.

The Group was of the view that legalisation of okada business would not only deprive them of their livelihoods but will also escalate indiscipline and unnecessary road crashes.

Addressing the media in Accra on Tuesday, the Group's General Secretary, Mr Asonaba Nana Wiredu sounded a strong warning to both the NDC and NPP to not legalise the okada business or lose their votes in the forthcoming December General Elections.

According to him, the Association with over million members nationwide has resolved to withdraw its support to any political party that legalises okada business in Ghana.

Mr Wiredu explained that the promise by the opposition National Democratic Congress to legalise the business of commercial motor riders is tantamount to taking commercial drivers out of business.

"For us, this backtracking promise to legalise okada business is like robbing Peter to pay Paul as okada drivers will be given jobs whilst we lose our own". We shall therefore not sit aloof for the NDC or any political party to legalise okada. We the concerned drivers are not opposed to job creation for the okada riders just that the NDC as political party seems to be oblivious to the effect of their manifesto promise to our livelihood," he emphasized.

The General Secretary stated that there can be no justification for a promise that essentially takes one group's livelihood and dangle it before another group as a new opportunity.

Mr. Wiredu explained that apart from the unhealthy competition, the legalisation of okada will create havoc and mayhem on the roads for both commercial and private drivers.

He mentioned the regular negative occurrences of broken tail lights, mirrors and body dents to their cars on the roads that leaves much to be desired. He added that the okada drivers who cause these accidents speed away, leaving the drivers to bear costs of repair. "This situation would be worse when okada is legalised."

He indicated that the legalisation of okada business would not yield any positive output except to increase road accidents and casualties as well as denting the peace and stability of the transport industry in Ghana.

Ghanaians, according to the Association's Chief Scribe expect solutions to the existing problems in the transport industry from our political leaders. He therefore urged the NDC to reconsider its manifesto promise to avert the impending calamity of its decision.

Mr Asonaba Nana Wiredu said they as an organisation have been expecting the enforcement of the Road Traffic Regulation 2012 that criminalised the okada business and not a promise to legalise it for political expediency.

"We will rather support measures to help okada drivers to join the vehicle transport business rather than the legalisation which according to him, will create problems on the roads for motorists and pedestrians.

"We want to inform all political parties that intend to legalise the okada business that their stance threatens our livelihood. They have a choice to either stop it or risk losing the support of our over one million union members across the country," the General Secretary warns.

I saw it coming – Ben Ephson on Koku Anyidoho’s expulsion fr...
13 minutes ago

When Joseph's brothers sold him into slavery; they didn't kn...
14 minutes ago