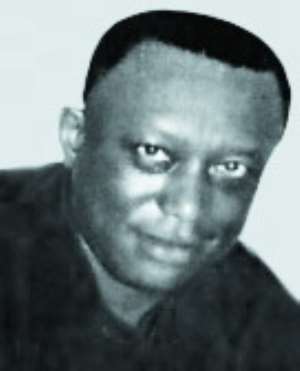 To the people of Ghana, music, dance and drama are three inseparable forms of emotional expressions.

They can thus be found in virtually every aspect of a Ghanaian life. But above all the Adowa dance with its distinct rhythmic throbbing of drums, percussion instruments and the verbal expression of songs, creates music that triggers Ghanaians into a spontaneous dramatic expression in the form of dance typically associated with the Asantes and the Akims of Ghana.

Even as the tremendous beauty of Ghanaian culture emanate from the original homeland, a number of Ghanaians are thus commended for pioneering in the institution of Ghana's rich culture for their hard work in keeping it alive wherever Ghanaians may be found all over the world.

Not unlike sports, dance is one best form of exercise. It is fun, entertaining and a bodily training beneficial to the mind.
Of late, statistics has it that obesity has reached an alarming rate in North America than ever before.

Regular exercise can do much to bring such problems under control. Research has it that dance can relieve stress, reduce fatigue and even improve upon the problem of sleeplessness. Many feel that there are other significant benefits to dance but at the same time, it has its own setbacks
One way humans communicate is by means of gesture or movements. The full range of emotions may be expressed in dance-from joy and exuberance of a celebration to the solemnity of religious rites and tradition. Just as King David, Solomon and many others express delight in their reverence for God the

Almighty by songs and dance, the same is true when Ghanaians congregate in their individual churches. They dance to the tune of almost all the music played in their individual churches.
However the ADOWA DANCE, Kete and other traditional forms of dance are typical for people of high profile such as the chief or a king of a particular tradition, to publicly communicate to their audience.

The dancer communicates with the audience in two distinct ways. Either through an outpouring of emotions through the body as well as the face or by a complex language of mime and gesture. In some instances the communication can be loud and clear but in other forms, it can be understood by an informed few. For example in a classical adowa dance, a palm on a palm asks for permission to commence dance and a hand on a heart indicates love whereas an affectionate gentle touch of one's two index fingers indicate seriousness in a relationship yet to commence. It is clear and vivid that the combination of dance movements and improper thoughts is a powerful tool to seduce the innocent one so that the mind can be corrupted away from doing the right thing at the right time. The sensual allure of the body in movement and how it can set erotic thoughts racing can be very dangerous. This is why some men will not allow their wives to dance with other men. But for a woman to dance with another woman is a taboo just as it is a disregard to the norm of society.

Nonetheless, dance can be a delightful form of entertainment and exercise. It may be a clean and open expression showing a joyous physical response to the sheer pleasure of living in appreciation to what life has to offer in the field of entertainment.