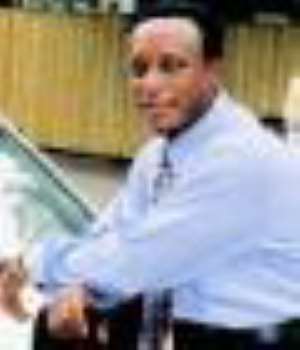 That Ain't no joke:

Posted at OpEdNews.com homepage, November 27, 2006 is the forgoing statement by Vince William: 'If Bush is smart (an oxymoron); he will get out of Iraq.
Then in an open letter to Bush by the iconic moviemaker Michael Moore, he stated, "after 1,347 days, not even the road from the airport to Baghdad city is safe. Mike again continues, "We were able to defeat all of Nazi Germany, Mussolini, and the entire Japanese empire in less time than it's taken the world's only superpower to secure the road from the airport to downtown Baghdad". All this is centered on the incumbent ex president Saddam Hussein. Hussein born April 28, 1937, was the President of Iraq from July 16, 1979 until April 9, 2003, when he was deposed during the United States-led 2003 invasion of Iraq.

As president, Saddam ran an authoritarian government and maintained power through the Iran-Iraq War (1980-1988) and the Gulf War (1991). In the end, Saddam left his mansion went into hiding in a bunker and then he gave up and made himself available for trial. Prior to this, Saddam was given the ultimatum to leave Iraq peacefully or face the consequences, but he decided to hide himself in a bunker instead. He has just been convicted and sentenced to death. However, GENEVA, Nov 28 (Reuters) - U.N. human rights experts called on Iraq's government on Tuesday November 28, not to carry out the death sentence passed on former leader Saddam Hussein, saying his trial had been seriously flawed. What a mess??? When did it all begin and when will it end? And you think it is but all jokes? Well you may be wrong. That ain't no joke at all.

And if you think Saddam Hussein had the choice to leave Iraq or live in the hole like a rat, then think again for Nebuchadnezzar turned into a beast for seven years in ancient Mesopotamia, a city near our modern day Baghdad. History repeats itself, doesn't it? Well, that too, ain't no joke at all. Let us take a broad sweeping look at the following, recorded in the History book of Books, the Bible. And we will come out crystal clear that all of these were destine to come and it is but all purposeful. History has it that, when all people on earth wanted to build the tallest building with the aim of reaching where God is, confusion broke his masterpiece and on reaching Shinar, (referred to currently as Sumer in Iraq), they made bricks, built the city of Babel and then proceeded to build a tower with its top reaching the heavens so as to make a name for themselves. Then the Almighty God who has insight in all things confounded human speech creating linguistic havoc and thus scattered people all over the earth. End of story.

Confusion of the languages, took place in Iraq. - Genesis 11:5-11. That again, ain't no joke at all.
Again History has it that Abraham was from Ur of Chaldeans. It is clear and vivid that the genealogy of Abraham places him in Ur, where he received divine instructions to leave and go to Canaan, not Canada. This city is situated in the heart of Iraq. Thence Abraham came from a city in Iraq probably nearing our modern day Baghdad. Genesis 11:31 and Acts 7: 2-4. Furthermore, Isaac the only son of Abraham was to be sacrificed to God. Oh no Abraham had another son, Ishmael. Whether Ishmael was legitimate or not, he was Abraham's son. People seem to compound the rivalry between Ishmael and Isaac, Hagar and Sarah, Palestine and Israel, Moslems and Christians, Iraq and America, the George Bushes and the Saddam Husseins with current events in the Middle East. The fact is, Isaac had a stepbrother, Ishmael.

If Christians are of the lineage of Abraham and for that matter of Isaac, and Moslems are of the lineage of Ishmael, then it is an undisputed fact that, Palestinians are from the Ishmaelites and the rest of humankind are from the lineage of Isaac. If that be the case, then people on earth are interrelated. We are all stepbrothers or stepsisters or maybe real cousins. Why then is the fussing and fighting? Aren't we all from one father Abraham? And aren't we all related somehow, to say the least?

But I think it is the greedy ones who created all these mess. They are always trying to amass wealth at the expense of their fellow humans. Some of us are always with the view to trodden down on their fellow humans. They tend to reap where they did not sow. And those who have been trampled on will always make every effort so that their voices will be heard. Of course you can't expect to step in a heap of gravels on the beach with your metallic boots and hear no noise as it would in the sand. Let the greedy cheat stop taking advantage of the lowly ones. Let us all fill our hearts with love and affection for one another. Affection for one another will broaden our minds. It will teach us first to notice pertinent problems, urge us on to find solvable solutions to the problems created. In effect, Saddam Hussein will be out of jail. 9-11 will be no more. Suicide bombing will cease to exist. Americans will not be fearful of the so-called Moslems.

Canadian Soldiers will be protective of Canada rather than Afghanistan. The con man will give up the stolen corporate mirror. The church will breed no more hypocrites. And all will be at rest with perfect peace. This may tend to challenge our patience, but it will surely heighten our perception, increase our energy and vitality but the memory of that day will endure in our minds for ever and ever and there will be peace in abundance for "you and for me and the entire human race". This I tell you ani't no joke at all. Please flip over to the next page of ain't no joke by the close of next month. See ya!