Over 400 United Steel Workers Laid Off 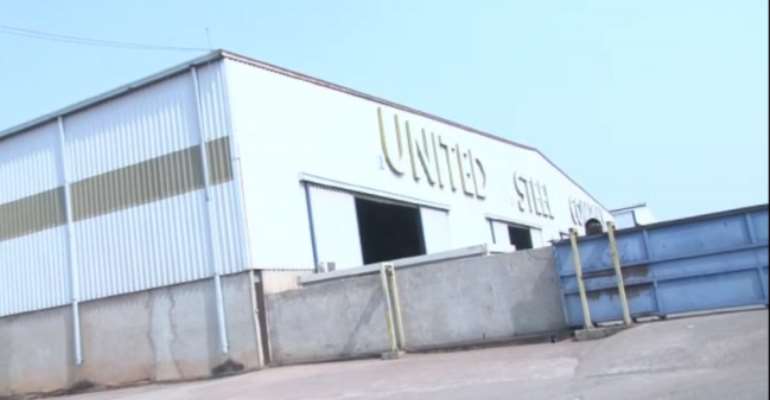 Over 400 workers of the United Steel Company, a steel manufacturing firm within the free zones enclave at Tema have been laid off.

This follows the shutdown of the company by the government over alleged air pollution.

The Environmental Protection Agency (EPA) ordered the closure of the facility due to its failure to adhere to a directive by the Minister for Environment, Science and Technology to find ways of addressing air pollution from its activities.

Speaking to journalists during a tour of the facility by the EPA, the Executive Director, Henry Kwabena Kokofu said despite the economic benefits derived from the operation of the factory, it will remain closed until management fixes its pollution challenges.

“400 workers sitting at home is not a pleasant situation. As much as we want our young men and women to work, as much as we want the needed revenue coming in the form of taxes and all that we cannot compromise on the integrity of the environment. The pollution and all others, we know the consequences that they bring so we will work within the law.”

The EPA gave the firm till January 31 to fix air pollutant systems to reduce pollution in the atmosphere.

A visit to the manufacturing site by officials of the EPA and some National Security operatives showed that the company had not met the deadline, leading to its closure.

The World Health Organisation has estimated that air pollution from all sources caused about 28,000 deaths in 2016.