Hope In A Fractured World: The Dystopia Of Suicide 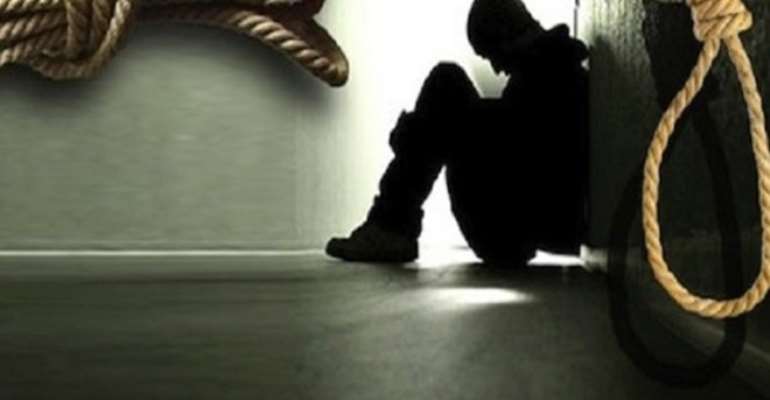 Thursday, September 10 was world suicide prevention day. I was so busy with other equally important assignments that I failed to write to contribute to the national and international conversations about suicide.

The world we live in is full of challenges and difficulties. In the face of earthly vicissitudes, nothing appears certain apart from the certainty that we will go through moments of despair in life.

Every human being will likely go through challenges and difficulties. We will all go through moments when we will have a reason to question the purpose of life: Why am I here?

In the Bible, specifically Numbers 11:11-15, we read about the desperation of Moses. Moses was so angry and distressed that he even wanted God to kill him. Moses’s desperation was because he led a people who never run out of complaints.

There was always something for the Israelites to complain about. It was either they had bitter water, no food, or monotony over eating the same food daily.

Our Lord Jesus Christ, as human, went through moments of difficulties. In the Garden of Gethsemane, our Lord and savior expressed anguished in His spirit as He inched towards fulfilling His glorious incarnation – His vicarious death.

Different religions and cultures have a vision of hope. But the vision of hope is also based on the conceptualization of time. Is time cyclical or linear? In many Eastern Religions, time is cyclical – so the idea of karma and samsara is very strong.

The world has a beginning and also has an end. This belief is hinged on the philosophy that whatever did not always exist but came into existence will also cease to exist.

This assumption of Harari is as erroneous reading of his Christian concept of time as it is about his scientism.

The Christian belief that Man is not a product of blind concatenation of atoms and chemistry, but a creature is key to understanding progress.

Because Man is created in the image of an intelligent being, Man is invested with creativity. Through creativity, Man can make a productive contribution to life. Man can, therefore, achieve a significant degree of material progress.

But Christianity rightly teaches that, following the fall of Man, the world is subject to corruption that can only be redeemed by Jesus Christ at the end of history (Romans 8:20).

What the inherent corruption of the material world means is that life will not fundamentally get better in the way that Jesus Christ has promised us in the hereafter. In other words, humans cannot achieve the utopianism of Karl Marx and Yuval Noah Harari on earth.

Put together, the Christian idea of hope is not based on the capacity of science to positively transform the world to a blissful status. As I said, this belies the scientism of Yuval Noah Harari.

It challenges the capacity of science to provide answers to every question of life. Rather, it points us to God who alone can bring us the ultimate hope against the existential challenges of this world.

This connects inextricably to hope in life. Life gives us an illusion that we can achieve blissfulness on earth. We, therefore, invest in education, marriage, and acquisition of material things.

While all this is good, the reality that confronts us is that we never, in the long run, find hope in them. Education, marriage, and material acquisition give us temporary hope. But they do not satisfy the longing desire of our hearts – a quest for a blissful world.

This means that if you despair because of the absence or inadequate supply of material blessings, you are only clinging to temporary pleasure. You are also wishing for a pie in the sky.

Equally true is the fact that, if you attempt to commit suicide because you do not seem to find answers to all the challenges of life, you are assuming that the material world will answer all human questions about life.

If you are a Christian, it is important to face life as it is: we may make some progress. But we cannot achieve ultimate progress, which assumes a world that is guaranteed from challenges.

We will never achieve the ultimate blissfulness on earth. We will never solve all of our problems. I have always argued that we live in a world that is woefully incapable of giving us 24 hours of uninterrupted peace.

But we do not lose hope in this world. We do not become despondent. We do not resign to fate. Instead, as Christians, we look to the cross and the resurrection of Jesus Christ.

The worst that life’s challenges can do to us is to kill us. But, as Christians, we know, based on the historic resurrection of Jesus Christ, that death will lead to the best that will ever happen to us (Philippians 1:21).

The Bible unequivocally says that blessed are those who die in the Lord (Revelation 14:13). This means two things: When we die, we enter into eternal bliss. Second, when we die, we forever cease from all the existential challenges of this beleaguered world.

All that I have said so far is that nothing material will ever satisfy our quest for a better life. And nothing evil that happens to us, as Christians, can deny us of the glory awaiting us.

So, suicide should never be an option. Do not kill yourself. Do not do yourself any harm. Work hard, pray more, but above all, look towards the cross, where Christ vicariously declared: “It is finished!”

Jesus Christ did not promise us an easy earthly journey. But He did say that the end will be glorious (John 16:33). Let this hope fill your heart. Take the pill of the Christian hope every morning before you step into the public sphere and take it every night before you sleep.

There is hope for Christians because our Lord said that He is preparing a better place for us so that where He is, we shall also be there with Him (John 14:3). This is the ultimate hope we need.

Stay hopeful. Do not kill yourself. Life in Christ has the best ending.