Bawumia Promising To Give Us Cars, Look At That Joke – Okada Riders Association 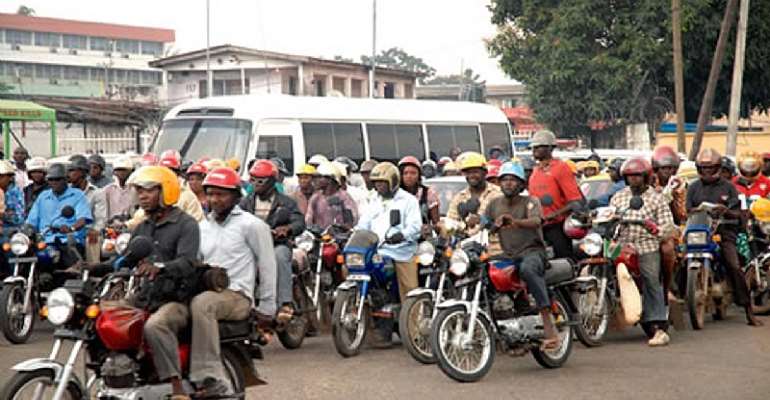 Some commercial motorbike riders are unhappy over the announcement by Vice-president Dr Mahamudu Bawumiah that government does not intend to legalize their business.

Government is engaging the okada riders on the demands for the legalization of their business after NDC flagbearer John Mahama announced such plans if he wins the December elections.

Dr Bawumiah who was speaking at a ceremony to launch cars assembled in Ghana said government will rather support the okada riders to have the new vehicles due to the risk associated with the transportation services.

A spokesperson for the Okada riders association, Solomon Akpanaba was however of the view that government has been misinformed about their operations.

He quizzed “now you are coming out to say that Okada is risky. We are asking that is it today that you know okada is risky? If yes, the motorbikes that are in town for sale, are they going to deport them? Because you allow risky equipment to be brought into the country then you declare them as risky after taking your tax.”

“We are also saying that yesterday and today alone in Ghana, we know how many lives are lost through vehicular accidents. Those vehicles are not risky per the analysis of Dr Bawumiah. We are disappointed in them and we will speak louder on 7th December.”