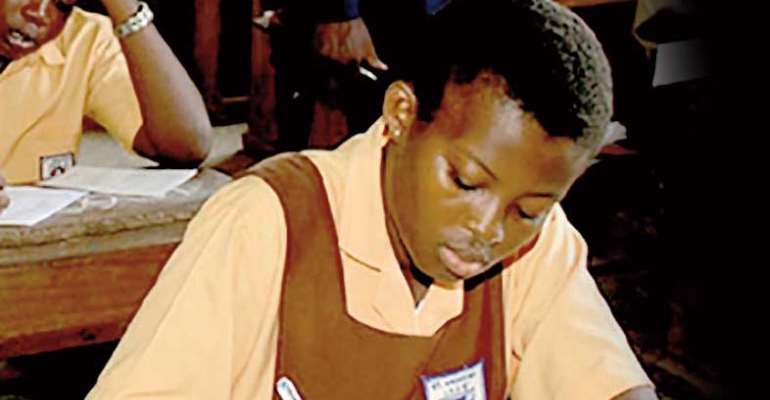 A candidate sitting for the ongoing Basic Education Certificate Examination (BECE) in the Kwahu Afram Plains South District of the Eastern Region went into labour on Monday, few minutes after the arrival of the first examination paper.

The candidate was rushed to the Maame Krobo Health Centre but was referred to Donkorkrom Presbyterian Hospital where she was delivered of a baby boy.

The Education Director said three pregnant candidates and three nursing mothers are taking part in the exams in the district.

He said, “these candidates are being provided special attention and support to enable them to take the exams.”

About 1,039 candidates are sitting for the ongoing BECE in Kwahu Afram Plains South District. There are 13 absentees made up of four boys and nine girls.

Teenage pregnancy is prevalent in the district due to high rate of poverty.

The District Chief Executive for Kwahu Afram Plains South, George Ofori, told 'Starr News' on Wednesday that the exams had been smooth so far but expressed concern over cases of teenage pregnancy.

The DCE gave an assurance to invest more to tackle the teenage pregnancy menace in the district.

He, however, urged parents to be more responsible.