More Dignitaries Expected In Accra For ECOWAS Summit On Mali 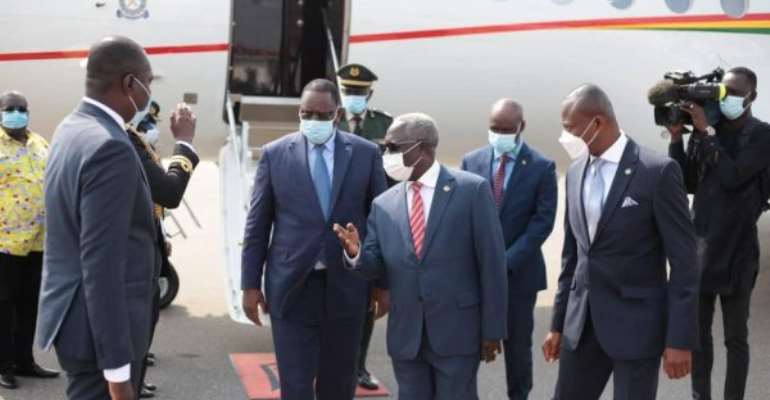 Ghana is expecting to host more dignitaries including some Heads of State and government within the Economic Community of West African States (ECOWAS) to participate in the ECOWAS extraordinary summit aimed at finding lasting solutions to the Malian political crisis.

They were received on arrival by Senior Minister Yaw Osafo-Maafo at the VVIP Lounge of the KIA.

The consultative meeting will take place at the Peduase Presidential Lodge, Aburi, at the behest of the newly elected ECOWAS Chair, President Nana Addo Dankwa Akufo-Addo.

The meeting is expected to bring together delegation from nine African countries including Key stakeholders from the Malian military junta, Civil Society Organizations (CSOs), and relevant stakeholders who spearheaded the demonstrations prior to the coup d'etat on August 18, 2020, that ousted President Ibrahim Boubacar Keita's government.

The meeting will be the first assignment for President Akufo-Addo since his election as ECOWAS Chair.

It is expected that the Malian military junta would provide the roadmap to the Authority of ECOWAS Heads of State and Government towards electing a new President in Mali within 12 months.