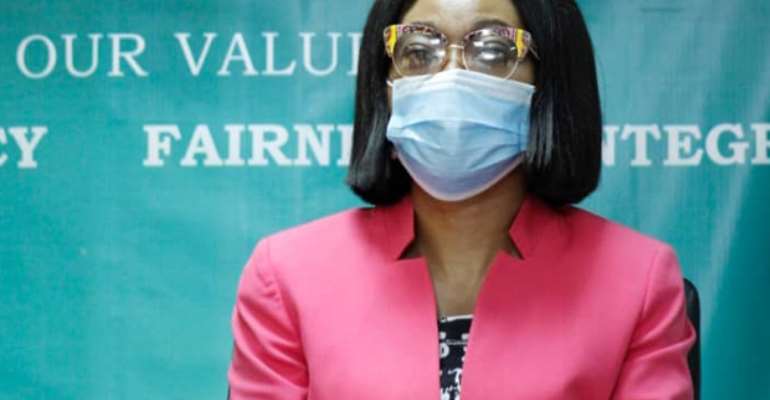 Ahead of the 2020 December 7th elections, the Electoral Commission (EC) has served notice to all candidates who want to contest to file their nominations within a period of five days.

The filing will be from October 5 to 9 and the forms can be accessed at the Commissions website from Monday, September 14.

Chairperson of the Commission Jean Mensa, who announced this at the “Let the Citizen Know” media briefing in Accra said the cost of the filing for the Presidential slot is GHC100,000, while that of the Parliamentary is GHC10,000.

Payment for the filing fees should be made in bankers' draft.

She also explained that in view of the COVID-19 measures, the Commission would not entertain more than five people during filing process.

She said the Commission was with the conviction that the initiative would break down the bureaucratic nature of the filing of nominations and make it less cumbersome.

“The atmosphere, where people accompanied candidate on such occasions amidst drumming, singing, dancing and sloganeering will not be permitted,” she said.

Mrs Mensa said the filled and endorsed forms must be submitted together with requirement documentation including; four passport-sized photographs on a red background, a statutory declaration, introductory letter from the political parties and tax clearance certificate to the Chairperson of the Commission.

The Presidential Candidate, she said must designate a person as Vice presidential candidate and the filled forms must be submitted in quadruplicate.

“A person who satisfied all the requirements, but holds dual citizenship, sentenced for 10 years by a court, has engaged in abused of office, declared bankrupt is not qualify to contest as President or Parliamentarian,” she said.