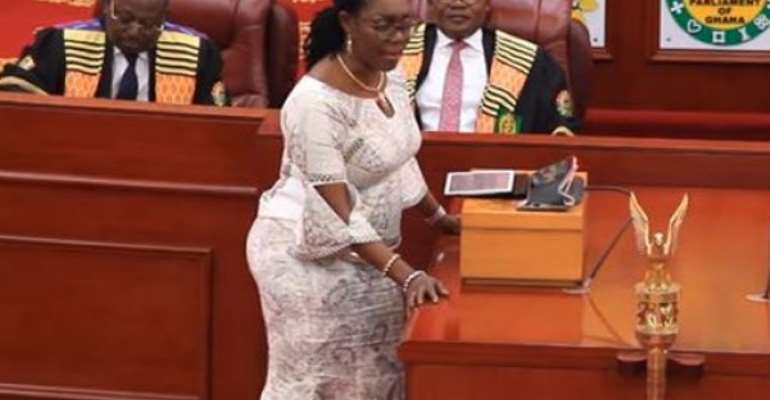 Communications Minister, Mrs. Ursula Owusu-Ekuful, has allayed the fears of Ghanaians over the alleged interference of people's personal data.

She has by this assured the public that government will continue to protect their private data in line with the laws of the country.

She said the Government was not interested in interfering with the personal data of citizens and that every information collected by the Data Protection Commission (DPC) had been done in accordance with the law.

“I can understand people would be concerned that some actions may be taken that might flout their personal data. I can give the assurance that in so far as these agencies work in accordance with the law every step is taken to ensure that full compliance with the law is adhered to in all the actions we take,” she said.

Mrs Owusu-Ekuful gave the assurance when she appeared before the Public Accounts Committee (PAC) of Parliament to respond to queries directed at the Ministry of Communication and its agencies in the 2017 Auditor General's Report on Ministries, Departments and Agencies (MMDAs).

At the height of the COVID-19 pandemic the Government issued an Executive Instrument (E.I.63) to allow DPC to access some data of citizens to help with COVID-19 tracking.

Mrs Owusu-Ekuful explained that the Data Protection Commission and National Communications Authority (NCA) worked under the full ambit and control of the law and stuck strictly to the dictates of E.I.63 in the performance of their duties.

She said the Ministry also exercised oversight responsibility for the DPC and the other agencies, all of which acted in full conformity with the laws of the country.

“In so far as it extends to the protection of personal data every step is taken to ensure no untoward activities is conducted in that respect,” she said.

Mr Samuel Nartey George, Member of Parliament (MP) for Ningo-Prampram, inquired from the DPC officials whether they had been able to protect the private data of citizens even as the government sought to implement E.I.63.

Ms Patricia Adusei-Poku, the Executive Director of the DPC, explained that the Commission had worked with peer regulators involved in the processing of personal data and also liaised with the NCA and Ghana Health Service to help with COVID-19 tracking.

She said though the NCA was the implementing agency for the E.I.63, the DPC had the power to consult and check them periodically to see if they were abiding by the regulations not to infringe on people's personal data.

She gave the assurance that the DPC was working with other agencies to ensure the protection of private data of citizens throughout the pandemic.