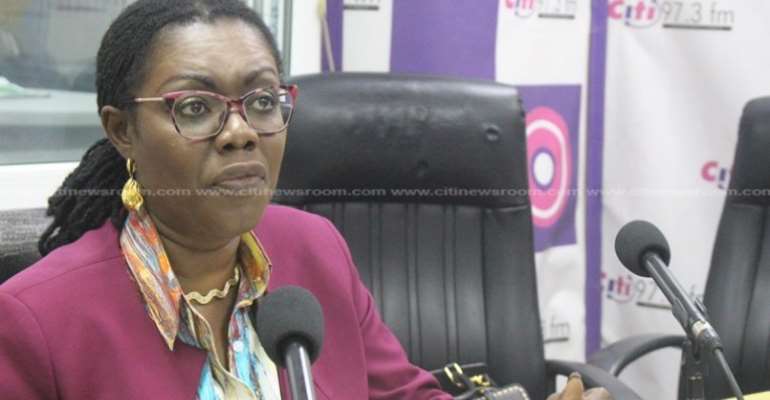 Communications Minister, Ursula Owusu Ekuful says the 2020 manifesto of the opposition National Democratic Congress (NDC) contains policies that are far from the truth and cannot be implemented even if the NDC manages to win the polls.

In an interview with Citi News’ Umaru Sanda Amadu, the Ablekuma West Member of Parliament said the flagbearer of the NDC and former President, John Dramani Mahama is on record to have said his party “packages lies” just to convince Ghanaian voters.

Describing the comments as “the obvious stratagem of the NDC”, Ursula maintained that the alleged deception used by the party in previous elections will definitely go against them in 2020.

“Speaking of manifestos: I will quote the flagbearer of the NDC himself. He said they say what people want to hear and it’s a mixture of lies and truths. And that they in the NDC go into a conclave and package a mixture of lies and truths and tell the people what they want to hear hoping that it will sound sweet enough in the ears for votes for the NDC.”

“I presume he was referring to the modus operandi of the NDC – if this is what they do, then we can safely say that in their own estimation, they have categorised their own manifesto not as a people’s one but as a mixture of lies and truths guaranteed to tell people what they want to hear to hoodwink them into voting for them. It may have worked in the past but certainly not in today’s Ghana,” she added.

The governing New Patriotic Party (NPP) continues to ridicule the NDC, saying its manifesto is an empty one which has nothing new to offer Ghanaians.

According to the NPP, the NDC will suffer a humiliating defeat in the 2020 polls because of “the gross incompetence” exhibited by its flagbearer, John Dramani Mahama when he was president.

But, secretary of the NDC manifesto committee, Nana Oye Bampoe-Addo believes there are strong reasons for the Ghanaian electorate to vote out the NPP in the upcoming polls.

She says there is no doubt ordinary citizens are yearning for the return of the NDC given the blatant hardship they have endured in the last three and half years, insisting a cursory comparison of the tenures of the two governments clearly shows the glaring superior record of the NDC.

“The people of Ghana decided to try the NPP, and I am sure by now, they have deeply regretted it. They have welcomed the NDC 2020 manifesto together with our flagbearer – the John and Jane ticket and are eagerly waiting for December 7 to pack [the NPP out]. They can see that the NDC will not promote family and friends, state capture or sweep corruption under the carpet.”

Nana Oye, a former Minister of Gender and Social Protection in the erstwhile John Mahama government, also said it is evident Ghanaians have wholly endorsed the newly outdoored manifesto of the NDC because of the hope it offers in restoring all that they have lost under the current Nana Akufo-Addo administration.