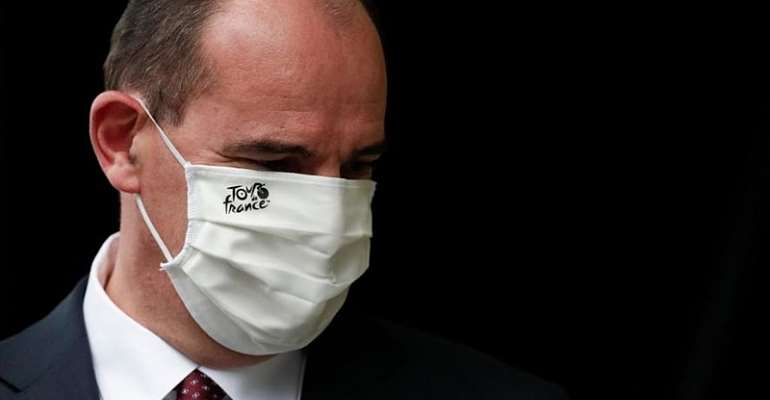 French Prime Minister Jean Castex is in isolation until the end of the week after coming into contact with a person who tested positive for Covid-19. Despite testing negative himself, he has had to cancel a number of engagements and will perform his duties from a distance.

The prime minister Jean Castex was travelling for two hours in the same car as the Tour de France director Christian Prudhomme last Saturday, who announced on Tuesday he had tested positive to Covid-19.

In video footage from their visit of the 8th stage of the Tour on Saturday, the men were seen to be wearing masks.

Prudhomme told the press he had already completed several tests for coronavirus in recent weeks, and this was the first positive one. He also said he had not been in close contact with any of the riders.

Sticking to protocol
Although Castex himself tested negative, and has shown no symptoms, he is obliged to apply the protocol in place for contact cases, which involves respecting a quarantine until at least Saturday, according to government sources.

A second test is to be carried out at the weekend to confirm the results.

“The prime minister will remain confined at Matignon, in Paris until at least Saturday, when he'll be re-tested,” explained France Television journalist Jean-Baptiste Marteau.

This will correspond to seven days since the contact on the Tour de France.

Castex will participate in a government seminar on Wednesday and the cabinet meeting via video conference.

He will also not be present at the La Republique en Marche (LREM) meeting on Thursday to elect a new party leader.

Caution within family sphere
President Emmanuel Macron also tested negative following his return from Lebanon and Iraq, but he is likely to be re-tested in the coming days.

Macron has encouraged his staff to set the example by following the health protocol in place to curb the spread of coronavirus, and he called to all French people to respect social distancing and hygiene rules, especially in the private sphere, referring to a high level of contamination within family circles.

Public health agency Santé Publique France recorded 6 544 new cases of coronavirus over the previous 24 hour Monday to Tuesay, a jump up from Monday's count which was 4,203.

It said 91 new clusters had been reported within the same period, bringing the total to 612 nationwide.