President to decide when he returns 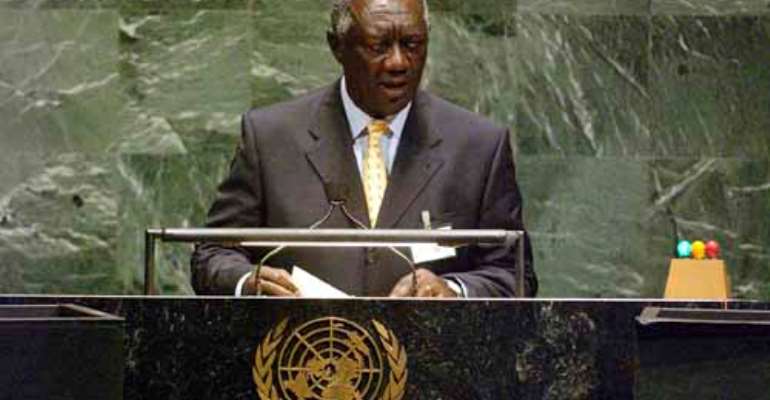 The fate of the Road Transport Minister Richard Anane will be decided next week Monday when the President returns from the United States where he is currently attending the 61st General Assembly of the United Nations.

The Commission for Human Rights and Administrative Justice (CHRAJ) last Friday ruled against the Road Transport Minister in its report on investigations into allegations of corruption, abuse of office and conflict of interest and amongst other things recommended his dismissal.

Minister of Information and National Orientation, Kwamena Bartels told Joy News the President has instructed the Attorney General to study the ruling awaiting his return.

In a related move, a press conference which was scheduled to be held by Dr Anane's lawyers yesterday was called off.

The lawyers were expected to formally announce their intention to contest the ruling by CHRAJ.

A member of the legal team however said they will first wait for CHRAJ to serve them a full copy of its ruling before deciding on the next line of action.

Snake rescues 15-year-old-girl from alleged kidnappers in Kr...
12 minutes ago