Despite Rising Social Media Usage, Nearly 70% Of Africa’s Youth Are Concerned About The Impact Of The Fake News ‘disinfodemic’
By Ichikowitz Family Foundation
Technology 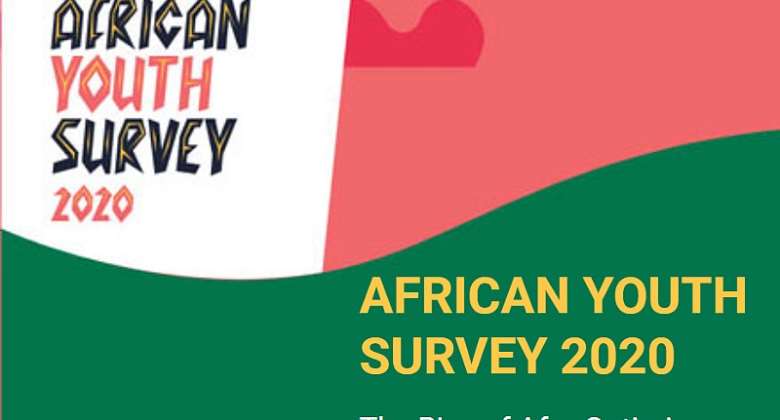 Johannesburg, South Africa, September 3, 2020 — According to a recent study, more than half (53%) of young Africans don’t trust Facebook, a troubling indicator for the social media giant as it pertains to the world’s fastest-growing online marketplace, speaking directly to the negative effects of “fake news” breaking out across the continent.

The African Youth Survey, commissioned by the South African-based Ichikowitz Family Foundation, indicates that half (50%) of those polled across the study also deem WhatsApp as untrustworthy. Over half believe WhatsApp, which is owned by Facebook, to be less than trustworthy in South Africa (52%), Nigeria (56%) and Kenya (66%), with more than one third reporting similarly in Ghana (35%).

According to the groundbreaking inaugural African Youth Survey, nearly seven in ten (67%) of the over 4,200 18-24 year old African men and women polled across 14 Sub Saharan African nations suggest that fake news affects their ability to stay informed. Almost four in ten (37%) believe fake news affects them a “great deal.”

Worryingly, over half (54%) of those polled claim social media is their main source of news, with only broadcast television serving as the medium for which more of Africa’s youth consumed their information (72%).

A recent UNESCO report further indicates that while African nations continue to implement social distancing and travel restriction measures to avoid the further spread of the deadly COVID-19 (coronavirus) disease, false information [regarding unproven remedies] spread on social media channels such as Facebook has some commentators now referring to the new avalanche of ‘fake news’ that has accompanied the outbreak as a ‘disinfodemic’.

In addition to concerns from public bodies over the rampant and uncontrolled spread of misinformation regarding COVID-19, the African Youth Survey indicates there is continued susceptibility to the dangers of fake news, which has long been a purveyor of often hate speech and even xenophobic violence.

Young Africans are already experiencing the negative impact of social media driven ‘fake news’. One quarter (25%), know someone or have personally been the victims of online bullying. When asked, nearly one quarter (22%) of Survey respondents thought the world would be better off without social media entirely.

A majority (59%) of Survey respondents report using their smartphones for three or more hours every day, with social media being the “most important” app-type for almost nine in ten (89%) respondents. One in three young Africans spends more than four hours a day online, while over half (53%) report that they use their smartphones, and 54% specifically rely on social media, to read and share news.

In Gabon and Senegal in particular, smartphone use was the most popular method of news consumption (79% and 73%, respectively). Conversely, across the entire African Youth Survey, only 26% suggest they stay informed through traditional news mediums such as newspapers and magazines. Almost nine in ten (89%) suggest that social media applications, primary hubs for the spread of misinformation, often veiled as ‘citizen journalism’, including Facebook, Instagram, and Snapchat, are the most important on their smartphone; ‘News’ apps were deemed most important by only 21% of the population surveyed.

Many global brands including companies such as Starbucks, Ford and Patagonia have joined the ‘Stop Hate for Profit’ movement, pausing advertising on social media as a reaction to the way social media platforms are handling misinformation, with Facebook the main target.

This movement comes on the heels of mounting criticism of the platform for failing to police news content. In response, Facebook announced an effort to check news content on its site in various African languages. This measure followed a movement in some African nations, such as Kenya, to criminalize “fake news.” Facebook founder Mark Zuckerberg has continued to resist calls to better police content.

The Facebook billionaire Mark Zuckerberg has adamantly suggested the “…future will be built in Africa”, with the African Youth Survey’s findings reporting agreement that the 21st century will be the African century. Moreover, one in ten young Africans (and one in three Nigerians) believe Zuckerberg himself will be the figure likely to have the biggest impact on Africa over the next five years. The President of the People's Republic of China, Xi Jinping, garnered 9% of the vote.

Ivor Ichikowitz, philanthropist and Chairman of the Ichikowitz Family Foundation, stated: “Our Survey results are alarming and reveal that our continent’s young people are particularly vulnerable to a growing fake news disinfodemic. Africa’s youth are relying on social media as a top source of news, despite being aware that fake news is rampant and impacting their ability to stay informed. Facebook and WhatsApp are failing in their duty to protect their users and in Africa it’s clear that social media companies have a much greater responsibility to act against fake news and those spreading hatred and racial discourse. Failing in taking the required action could lead to instability, that has the potential to shake the fabric of our societies, and test the strength of our democracies and our continent’s leadership.”

“The COVID-19 pandemic has provided great opportunity for the purveyors of fake news. As we tackle the COVID-19 pandemic we must also strengthen our fight back against the disinfodemic. While Facebook must act fast and aggressively against the perpetrators of hate, we all must learn to be thoughtful, patient, and question the source of news and verify its validity, before acting on it or sharing it”.

The Ichikowitz Family Foundation has published the full findings of the survey with the hope of providing useful data in informing and designing improved social policy and corporate social responsibility initiatives. The organisation plans to administer and publish the survey on an annual basis for the foreseeable future. The Foundation initiates, funds and runs its own projects. Please visit: www.ichikowitzfoundation.com for further information.