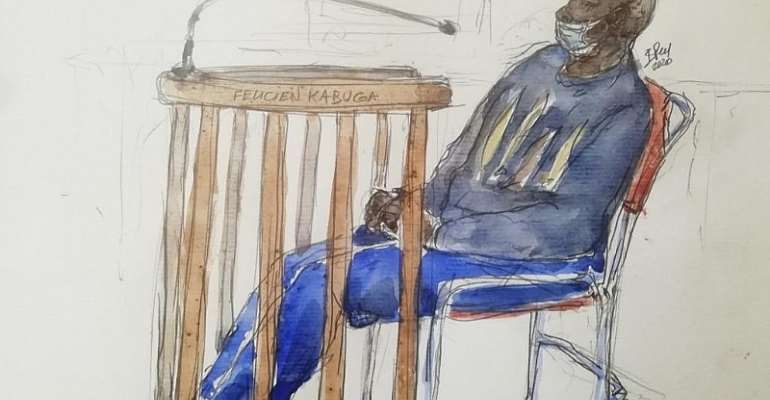 Félicien Kabuga will find out at the end of the month whether he will be handed over to international judges for his alleged role in bankrolling the Rwandan genocide after appealing the decision at the Paris Supreme Court.

Kabuga appealed to the court on Wednesday to reconsider transferring him to international judges in Tanzania for trial.

The alleged mastermind of the Rwanda genocide was slapped with an extradition request in June by the Paris Appeal Court, which ruled that he should be handed over to a UN tribunal based in Arusha.

Described as Africa's most wanted man, Kabuga has been held in a French jail since his 16 May arrest at his home outside Paris after more than 20 years on the run.

At his first appearance in public on 20 May, 84-year-old Kabuga had asked for a trial in France, citing frail health and claiming the United Nations court in Africa would be biased against him, and possibly hand him over to Rwandan authorities.

Louis Boré, one of his lawyers, told the Supreme Court on Wednesday that Kabuga is suffering from diabetes, high blood pressure and "leukoaraiosis", an incurable disease affecting his cognitive functions, and is therefore in no condition to be transferred several thousands of kilometres away.

Slim hope of trial
The coronavirus pandemic has also been used as an argument to keep Kabuga in France in light of his advanced age.

However, UN prosecutors have said that if the coronavirus pandemic prohibits Kabuga's travel to Tanzania, he can then be tried in The Hague in The Netherlands.

The extradition battle has raised concern among plaintiffs that Kabuga will never face trial.

"He is very old. We've seen him looking very frail during his hearings," says Alain Gauthier, head of the Collective of Civil Parties for Rwanda.

"Is he putting it on and faking fatigue? There is a risk, yes, that he will never be judged," he told RFI.

Kabuga – once one of Rwanda's richest men – is alleged to have used his wealth and influence to funnel money to militia groups that carried out massacres, and the Radio-Television Libre des Mille Collines which, in its broadcasts, incited people to murder.

Nearly one million people were slaughtered over 100 days of ethnic violence committed by Hutu extremists in 1994.

Rwanda investigation
In August 1998, Kabuga was indicted by the now-defunct Tanzania-based International Criminal Tribunal for Rwanda (ICTR), and an international arrest warrant was issued for him the next year.

Last month, a team of UN investigators travelled to Rwanda to gather fresh evidence against Kabuga to beef up his case file.

“We are making a call to those who have testified in the past that hopefully are still willing to testify in court. We really hope that we will get additional evidence," said Serge Brammertz, the chief prosecutor of the International Residual Mechanism for Criminal Tribunals (IRMCT), that took over from the ICTR.

Describing it as a strong case, Brammertz stressed that it is “absolutely normal” to update all evidence to see what is still available but also take advantage of new opportunities which were not there when the warrant was issued.

France has long been a hiding place for wanted genocide suspects. French investigators currently have dozens of cases under way, including Ntwiragabo's, although Paris has so far blocked the extradition of suspects due to legislative concerns.

That could change if the Supreme Court judges decide to reject Kabuga's appeal and transfer him to Arusha. Their decision will be released on 30 September. France will then have one month to hand Kabuga over to UN custody.