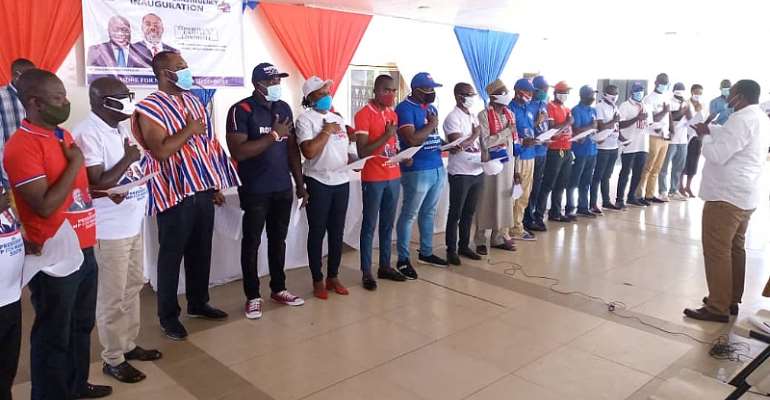 The Member of Parliament for Manhyia South, Dr. Mathew Opoku Prempeh has urged members of the New Patriotic Party’s campaign team in the constituency to trumpet and highlight gains made by the Akufo-Addo administration during their campaign.

According to Dr. Opoku Prempeh, although the ‘4 more for Nana’, ‘4 more to do more’ slogan adopted by the New Patriotic Party (NPP) ahead of the December polls was catching up with the masses, the gains made so far should be included in the slogan.

For him, the only way to get Ghanaians to vote to retain President Akufo-Addo was to remind them of the successes chalked so far since the party assumed power in 2016.

He cited Free SHS, Planting for Food and Jobs (PFJ), and Nation Builders Corp as life-changing policies that continue to positively impact Ghanaians.

The Manhyia South MP also indicated that the current administration has improved infrastructure and road networks across the country and Ghanaians must be given messages of hope to vote to retain the NPP government.

Dr. Opoku Prempeh was speaking at the launch of a Campaign Committee for the Manhyia South Constituency ahead of the December polls.

The campaign team members have been tasked to work hard to reach every single soul in the constituency with a message of hope to enable the NPP increase its votes in the 2020 elections.

The campaign and engagement with the electorate will be done on a house to house basis due to COVID-19.

Dr. Opoku Prempeh has therefore charged members of the committee to work hard to deliver victory for the NPP.

Speaking at the same event, Ashanti Regional Organizer of the NPP, Francis Adumako said although the party has done a lot to improve lives, the campaign team members must not be complacent.

He encouraged them to work tirelessly to ensure the NPP retains power, describing the opposition National Democratic Congress (NDC) as “a scary alternative”.

Manhyia South Constituency executives of the NPP have pledged to support the campaign committee with all the resources needed to perform the task.