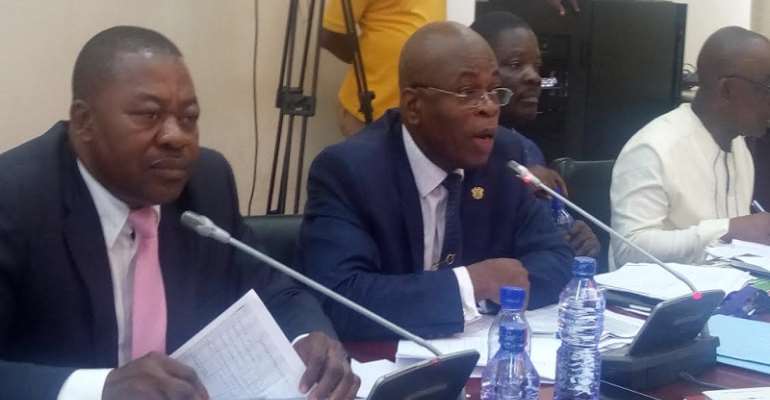 The resumption of Parliament's Public Accounts Committee hearing on Tuesday, September 1 begun with a fight when the question of sponsorship to the Rebecca Foundation came up.

Officials from the Ghana National Petroleum Corporation (GNPC) appeared before the Committee to answer questions on funding given to various institutions as part of the Corporation’s corporate social responsibility.

Ningo-Prampram MP, Sam George in a public interest question, sought clarification on how payments were authorised under the Office of the Chief Executive of GNPC instead of the Corporation’s Foundation.

“I am trying to situate how approval for CSIRs emanated from the Board Secretary to the Chief Executive and not from the Foundation. And this had to do with GHS120,000 to the Rebecca Foundation, GHS1.8 million to the Okyenhene's 20th Anniversary celebration, GHS50,000 to the Ghana Journalist Association, 30,000 dollars to the Ghana Boxing Association and 400,000 to Damba Festival and GHS550,000 to EOCO which is also a state entity that is under a Ministry. So I am trying to understand how this did not happen under the auspices of the Foundation. Those are the umbrellas under which the activities of the foundation is situated.”

This line of questioning did not, however, sit well with the NPP Member of Parliament for Nanton, Alhaji Mohammed Hardi Tufero.

He questioned the Committee Chairman, James Klutse Avedzi’s motive for allowing the query.

Mr. Avedzi, however, called the bluff of the NPP MP, saying he has the authority to determine which questions should be asked at the sitting.

This development comes at a time the GNPC is in dire financial straits, due to the government's inability to pay debts owed it since 2014.

GNPC has some debts amounting to $21 million and officials of the corporation say they are helpless in the matter.