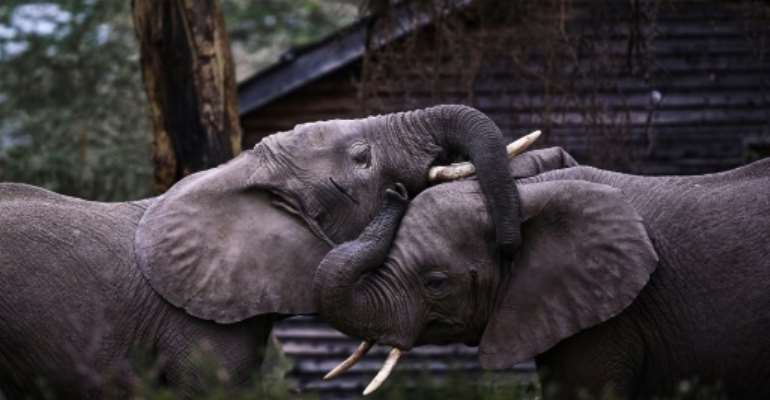 Zimbabwean wildlife authorities are investigating the deaths of 12 elephants last week in a forest north of the country's famed Hwange National Park, an official said Sunday.

Eleven carcasses were discovered on Friday and another on Saturday in the Pandamasuwe forest tucked between Hwange and Victoria Falls town.

"We have ruled out things like poaching because the tusks are intact, we have also ruled out cyanide poisoning because no other animal has been affected including vultures which are feeding on them," parks and wildlife spokesman Tinashe Farawo told AFP.

The dead animals are young adults aged between five and six years and juveniles around 18 months old.

Farawo said preliminary indications are there might be a bacteria around because the "animals are overpopulated to an extent that their preferred vegetation is no longer there, so they end up eating anything including some poisonous plants".

With a population of more than 84,000 pachyderms, Zimbabwe is nearly doubling its ecological carrying capacity of between 45,000 and 50,000.

Neighbouring Botswana, home to the world's largest elephant population of around 130,00, lost around 300 elephants early this year. They are thought to have succumbed to natural toxins.