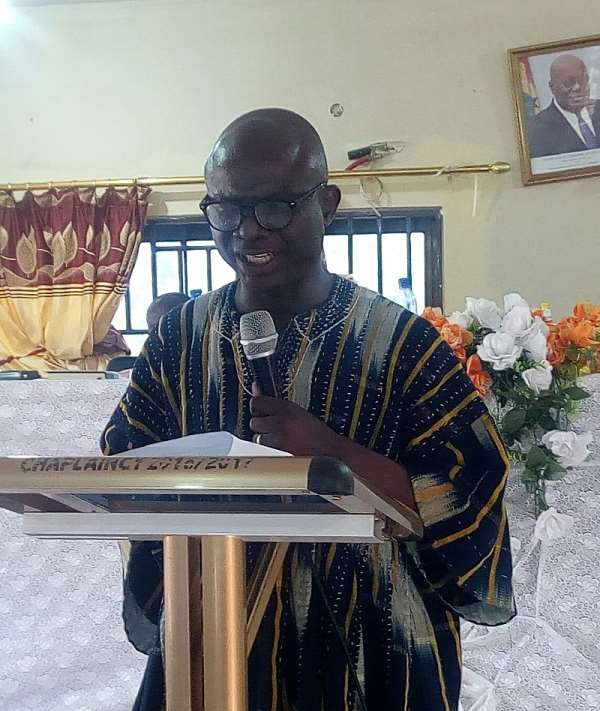 The set of strategies was unveiled at the First Assembly Meeting held at the District capital, Hwidiem, during the sessional address of the District Chief Executive (DCE) where it was announced that the Assembly's performance in mobilizing IGF is not the best.

Addressing the Assembly Members, Heads of Departments and the Media, the DCE, Honourable(Hon) Robert Dwomoh Mensah said this year(2020) the assembly has projected to mobilize and collect an amount of Gh. 379,625.00 from local sources and also targeted to mobilize Gh. 571,000.00 from stool lands giving a total IGF projection of Gh. 950,625.00 but as of July, the total amount of IGF is Gh. 360,776.00 representing 37.9 percent and it has necessitated for this call.

According to the DCE, the assembly has decided to identify more revenue sources, intensify public sensitization campaigns, compiling up to date data on established businesses, capacity building programmes for sub-district structures and functionaries in revenue mobilization system and strengthening of revenue mobilization task force.

He mentioned, the comprehensive numbering of structures a street naming, provision of logistics and motivation, monitoring and supervision, prompt prosecution of defaulters, networking with organizations and individuals, and improving the revenue base of the assembly.

The DCE expressed that the Assembly and its relevant stakeholders believe that the strategies drafted will help solicit for the estimated amount of money classified as IGF to see development been thrived in the District as all expect.

" We are leaving no stone unturned when it comes to mobilizing IGF in our District " Hon. Robert Dwomoh Mensah, Asutifi South DCE stated.

He passionately said the previous managers of the assembly did more harm than good in revenue mobilization and that has resulted in residents not paying taxes in accordance.