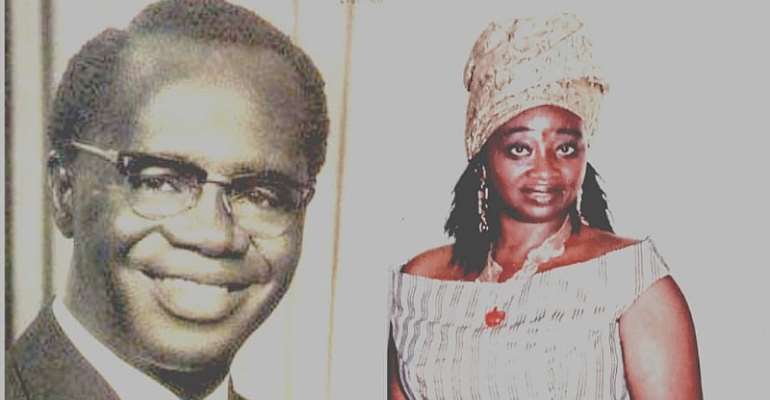 Your footprints are edged on the sands of time. On this your anniversary, I wish you damirifa due.  It  is also my petition
to do an update on  election 2020 issues of notable mention

In Ghana today,  true democracy code of ethics and good governance are not protected but  undermined  due
undercover eruptions in corruption that persist.

"Asem yi di ka", one can hardly distinguish NPP from the NDC they harshly criticise including on Mahama bauxite debacle.

In the most recent Scandal
About mineral royalties, one wonders if some are acting like possession deities? The issues include:
Has there been Legalisation of parochial rations?
Is there moral deceleration and Resource disintegration as innovative legislation?
Does the deal depict self - aid?
Is Ghana up for rent?
Has the SPV bought an equity stake in the deal and for how much?

There are corporate, ethical, governance and self- dealing as well as propriety issues

Where is the moral high ground of the NPP?

We simply ask  if it is fair
that Ghanaians will buy shares to have a stake in what they already own, at high market  valuation with  sure fluctuation
and possibility of dilution.

This is in order to borrow from or lend to themselves without interest, as though it makes equitable inheritance sense?
The MIIF  without the equity/fund management clarification has us miffed.

There have also been abject ongoing doldrums
Earlier on, there was  beating of  war drums
About who won the violence crown?
All die be die was overdone
Boot for boot is yet to be  Overcome

Now there's a shift
Without integrity lift
As to who wears
The corruption  coat of arms!
There are political  Bandits who are also armed on both sides of the political  aisle
When one says you are bad
The other says you are "worse than my bad"!
When one takes bauxite
The  reversor goes for gold
In a show without qualms
They say we are fully "broke"
This politicking is severely cold
The financial engineering hold
Needs a firm Presidential scold

Thus  On the mission for votes
Comparative corruption          By "NPPNDC", is the main route
for polarisation of the nation.
The Electoral register has also been on political rotation.
Some  Fear  tribal annihilation
And manipulation
Without exhilaration.

Infrastructural achievements are on  disputed display, with figures  on  manufactured relay,
and cover up re-plays.

The Auditor-General has been  displaced
H. E. Prez Mahama appointed him with haste
H. E. Prez Nana Akufo-Addo Has given him  time to waste
Though he did not disappoint
Political Equalisation  is part of the  salient point

In Ghana now, mathematics wears a COVID-19 mask
To muffle Accountability Flaws
Ghana  laws Are  Full of Straws
Bribery is rife and not outlawed.
Vote-buying appears to be  the operative rule according to the CDD

Tainted  polls have opined that  both major parties NPP/NDC are  winning
Who knows which is clear thinking.
Anyhow something is off-kilter
With the gold royalties  mystery loud and ringing
Even as the financial sector failures are on political ping- pong not quite solving.

In spite of international acclaim, the grounded reality and state capture scenario make one ask: Wither Ghana's developmental democracy? as you turn in your grave!

For the NPP that has  adopted  sure progress with integrity, they must not "take, possess and retrogress"
As they  have embossed positive change  on their party deeds
They are not permitted to the country seep

In other significant news
Campaign finance laws have been swept away
This is an enabler and driver of massive corruption that has its way during and post elections nationwide.

Corrupt politicos make hay
In spite of their anti-campaign.
Objective  Contrarians who speak truthfully
Are "crucified" with speed so  crudely

Currently, Ghana is  puffed up, remain lawless and expensive
On that note, let us be pensive
Let us sew unquestionable development seeds
That is hopeful and retentive

It is my prayer that
Your enduring legacy precept: Common humanity ideation  will not be in recess,
Your  seminal  and directional legacy  for "Purposeful education in Africa" will  endure,
"Your Africa in search for democracy", an heirloom for socio-economic  and inclusive development will stand in affirmation of Progress that is Sure.
On this foundation, Ghana can withstand the vagaries of our developmental and global challenges.