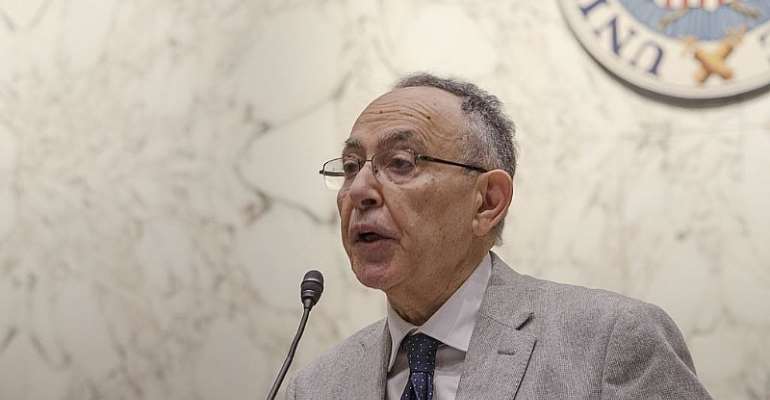 Egyptian human rights activist Bahey Eldin Hassan has been sentenced in absentia to 15 years in prison. Currently living in exile in France, he is accused of publishing false information, inciting violence and insulting the judiciary, all deemed 'bogus' charges by human rights organisations.

The terrorism court in Cairo handed down a jail term of 15 years on Tuesday to Bahey Eldin Hassan, who was not present for the sentencing.

After an 18-month inquiry, he is accused of “spreading fake news”, “inciting hatred against the state” and “defaming the judiciary”.

The charges stemmed from Hassan's activity on Twitter and his advocacy activities during the 38th session of the United Nations Human Rights Council (UNHRC) in June 2018.

Living in exile in France for the last six years, Hassan told RFI that he was not surprised by the decision.

"Anyone who follows closely how the Egyptian justice system functions will know that the operation has become a scandal," he told RFI's Murielle Paradon.

"I don't consider myself to be a victim, because I am a human rights defender. My job is to defend the rights of others.

"There are thousands of innocent Egyptians in prison who have been there for years, some of them have died."

The sentence has prompted an outpouring of support among various organisations such as Amnesty International and the International Federation for Human Rights (FIDH) who called for worldwide support for Hassan.

Considered to be a pioneer in the field, he founded the Cairo Institute for Human Rights Studies in 1993.

Prior to that, as its director, Hassan oversaw the country's first report on torture, published by the Egyptian Organisation for Human rights.

However, he twice refused to join the official National Council of human rights during his career: once when it was under the Muslim Brotherhood, after the fall of former leader Hosni Mubarak in 2011, and again when President Mohamed Morsi was toppled in 2013.

He has continued to condemn his country's human rights record by posting messages on Twitter, something he says he has no intention of stopping.

"It's my work," he insisted.
"In fact, it's not really work, nor a form of opposition, it's more of a moral position to defend human rights."