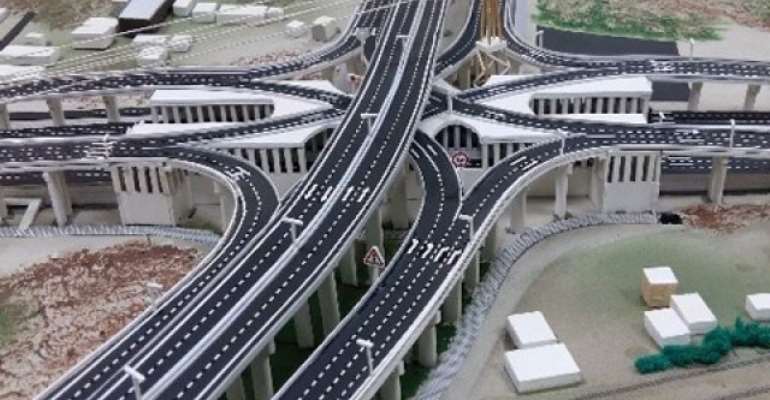 A Road and Building Consultant, Ing. Mahama Abdulai wants political parties to desist from using the cost of infrastructure projects as part of their campaign messages to Ghanaians.

According to him, such comparisons are deceptive and in all instances do not speak to the real issues involved in each construction.

Ing. Abdulai's call follows the ongoing political debate between the governing New Patriotic Party (NPP) and Nationa Democratic Congress (NDC) over the construction of some of the Interchanges in the country.

Ing. Abdulai said it is not prudent for politicians to politicize infrastructure.

“I don't see why politicians will come into that debate that their road is much better and less expensive. Every single road has unique features. You can have a road and the next kilometre the soil is so good and you don't have to do any carting to go beyond the existing ground. For the next kilometre, the soil could be so bad, you have to go 1.5 to remove the bad material and travel about 30 kilometres to go and dispose of the materials. Disposing of that material also has a cost component.”

The NDC and NPP are taking each other on over the cost of the Kwame Nkrumah, Pokuase, Tema, Tamale and Obetsebi Lamptey Interchanges.

The Vice President, Dr. Mahamudu Bawumia , at the government's recent town hall meeting and results fair, said the cost of the Kwame Nkrumah Interchange undertaken by the NDC government was almost the same as the sum of the Tamale, Tema, Obetsebi Lamptey, and Pokuase Interchanges.

His comment was meant to emphasize his point that the NDC government failed to ensure value for money and were not prudent in the use of funds for the project.

However, according to Ing. Abdulai, that comparison is deceptive because it does not take into consideration the different factors that affect the cost of projects such as soil type, excavation and even disposal of excavated material.

I won’t bow to pressure to make Parliament a ‘rubber stamp o...
32 minutes ago