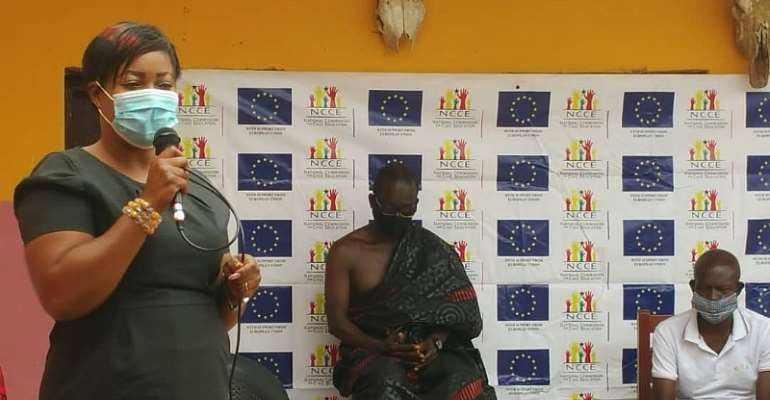 Residents in local communities have been encouraged to own developmental projects and policies ongoing in their communities in order to seek for accountability from duty bearers.

Additionally, they must endeavour to increase their knowledge on the operations of the Local Government and actively involve themselves in the development process of the assembly.

Mr Danabsin Naandam, KEEA Municipal Director of the National Commission for Civic Education (NCCE) gave the advise when he spoke at a forum on social auditing at Abrem Agona on Tuesday.

The social auditing forum was organised by the NCCE with support from the European Union (EU) and brought together community members, chiefs, Assembly Members and other stakeholders to discuss the involvement and role of the people towards the development in the area.

The engagement was a joint anti-corruption initiative between the Government of Ghana and the EU on Accountability, Rule of Law and Anti-Corruption Programme (ARAP).

The objective of ARAP, according to the NCCE Director was to promote good governance in Ghana by reducing corruption and improving accountability and compliance with the rule of Law.

Under ARAP, the NCCE was required to campaign, advocate and lobby for increased accountability and a reduction in corruption in Ghana.

Mr Naandam underscored the importance of social auditing and said it promote dialogue among citizens and office bearers on planning, implementation, monitoring and evaluation of development projects and programmes in each community.

In line with the measures aimed at deepening public accountability, a nine-member Social Audit Committee was constituted in Abrem Agona community to follow up and collaborate with all stakeholders to bring development to the community.

He further called on the general public to be active citizens and hold duty bearers to live up to their responsibilities.

Nana Terpor v, chief of Abrem Agona and Acting President of Abrem Agona Traditional council advised the social auditing committee to devote time, act as a pressure group and press for the development of the community.

A social auditing was undertaken at the end of the forum where the stakeholders identified the need for sports development, recreation, education and market in the community. 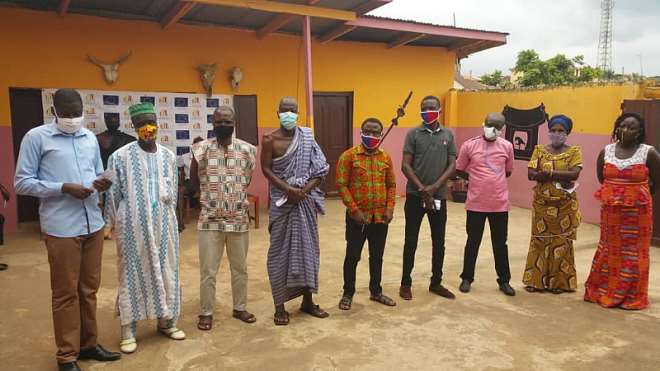