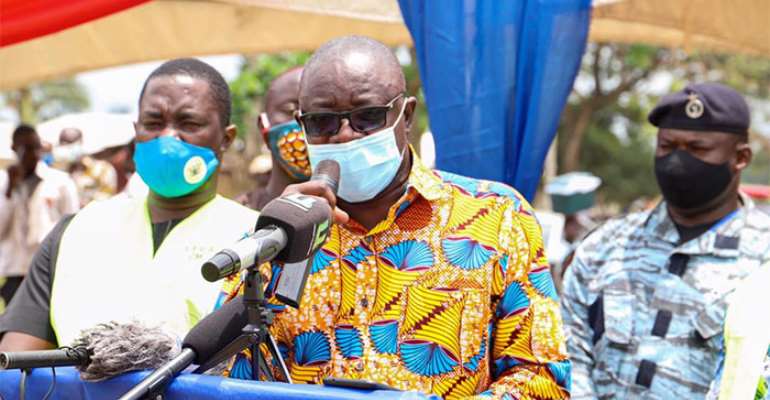 More than 70,000 new mining jobs are expected to be created by Government under the Community Mining Scheme in the Ashanti Region, the Minister of Lands and Natural Resources, Kwaku Asomah-Cheremeh has disclosed.

He said this on Thursday, August 20, 2020, as he jointly launched the Community Mining Scheme in Bekwai, Adansi-Asokwa and New Edubiase in the Ashanti Region.

According to him, there are about 120 concessions under the Community Mining Scheme in Bekwai, Adansi-Asokwa and New Edubiase.

He stated that the introduction of the Scheme in the areas will lead to decent jobs and wealth creations.

“The Scheme has the capacity to create meaningful employment (for large members) in the rural and host communities across the mining areas,” the Minister indicated.

According to him, within the Obuasi and its enclave alone, an estimated 70,000 direct jobs are to be created, and its multiplier effects could be 30,000 indirect jobs.

He added that “the Scheme will stimulate wealth creation and improve the local economy through the value generated staying within local communities in Ghana and not leaving the shores of the country.”

According to him, “it will further enable Community involvement in mining in answer to the legitimate desire by host communities to participate in the mining industry value chain.”

He added that “the Scheme will create horizontal, vertical as well as other linkages with the other sectors of the economy.”