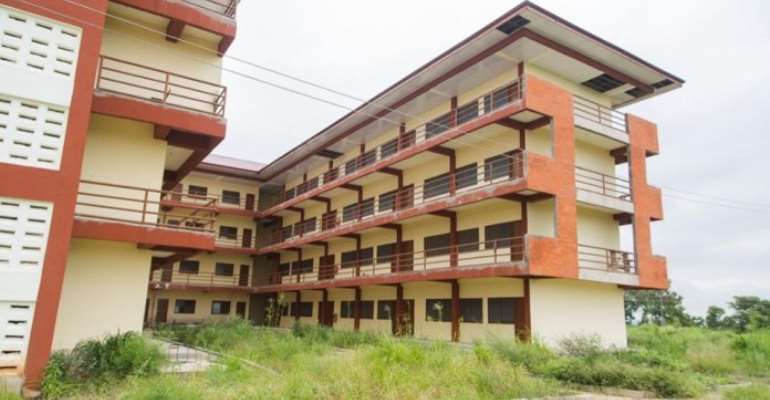 The Deputy Public Relations Officer (PRO) of the Ministry of Education, Mr. Kwasi Obeng Fosu says Mahama’s E Block Schools is not an option to abolish the double-track system.

He cited the massive rejection by BECE candidates in the school placement system, recounting last year they[E Block] were abandoned when the government added two of such schools to the Computerised Schools Selection and Placement System (CSSPS) for BECE candidates.

“This will not work in that regard, because If for instance I’ve not chosen Acherensua E Block School and you place me there, I will reject it. That’s how come last year, it was reported that two of the E Block schools were added for selection by students but nobody opted for that.

“So if the child has not made it an option and you feel because you have to end the double-track system at all cost, so you’ll include it in the list, the students will reject it,” he told host Bonohene Baffuor Awuah on Ghana Kasa on Kasapa 102.5 Fm/Agoo T.V.

This comes on the back of remarks by Deputy Ranking Member, Committee on Education saying that there is no definite policy focus in ending the double-track anytime soon by the current government.

The Builsa South lawmaker noted that “unlike President Akufo-Addo and his NPP, the NDC, through its flagbearer and leader, John Dramani Mahama has provided an emphatic and definite timeline to end the double track given the opportunity as President of Ghana.”

He stated that Mr. Mahama commits to ending the system in his first year by completing the abandoned Community Day Senior High Schools dotted across the country and by bringing up those yet to begin to complete his vision of providing 200 brand new schools, a vision that was under construction until he lost the 2016 elections.

“John Mahama will abolish the dreaded double-track system of secondary education through an emergency and massive infrastructure drive. This will ensure a conducive environment and one-track qualitative learning experience for SHS students,” a statement by the Builsa South lawmaker noted.