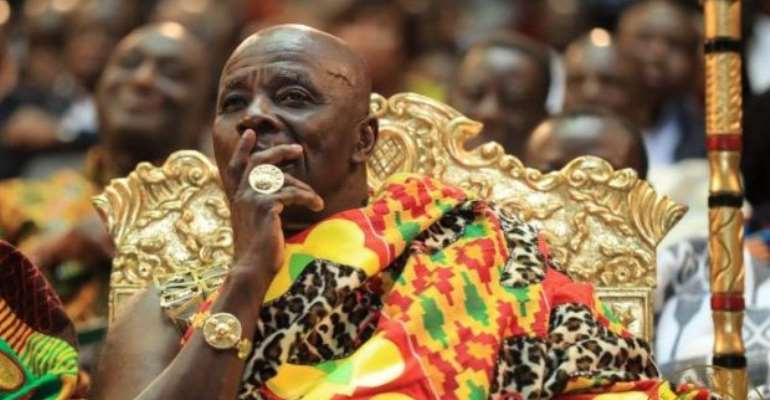 Okyenhene Osagyefuo Amoatia Ofori Panin, has accused the Omanhene of New Juaben Traditional Area, Daasebre Professor (Emeritus) Oti Boateng, of “deliberate misrepresentation” of the circumstances culminating in the amendment to the composition of the Eastern Regional House of Chiefs (ERHC).

According to him, allegations made by the New Juaben paramount chief in his letter, contents of which were published widely in both the print and the electronic media, were “written in ignorance of relevant facts affecting the subject you purported to write about.”

Responding to allegations of breach of protocol on the modalities of admission of some divisional chiefs into the ERHC and skewed asymmetrical allocation inuring to Akyem Abuakwa's domination in the house, the Okyenhene stated that the composition of all Regional Houses of Chiefs, including the ERHC, had duly been effected in accordance with the procedure prescribed by Article 274(2) of the Constitution and Section 6 of the Chieftaincy Act, 2008 (Act 759).

In a letter authored on his behalf by Kwame A. Boateng, the head of the Ofori Panin Fie Legal Team, the Okyenhene noted that Article 274(2) of the Constitution stipulates that “a Regional House of Chief shall consist of such members as Parliament may, by law, determine.”

“Further, it is apparent that at the time you wrote your second letter in which more vitriol was unleashed on our client and the august House (14th July, 2020) the legislative instrument regulating the membership of all Regional Houses of Chiefs issued under the signature of the President of the National House of Chiefs had long been laid in Parliament and going through processes required under Article 11(7) of the Constitution.

“We are not surprised by your lack of knowledge of these important matters of fact, because, indeed, you have failed or refused to attend meetings of the Regional House of Chiefs for the past seven (7) years (although your allowances for attendance are unfailingly paid and received),” the letter pointed out.

It added, “Your failure to either attend meetings of the ERHC for the past seven years or conduct an enquiry on the issues raised in your letters explains the wild but unfounded allegations contained in your letters.”

Osagyefuo Amoatia said a brief background to the decision by the ERHC to admit some divisional chiefs to the ERHC is necessary to clarify the procedure adopted.

According to him, prior to the entry into force of the new legislative instrument, the ERHC was composed of only eleven paramountcies – Akyem Abuakwa, Akyem Bosome, Akyem Kotoku, Akwamu, Akwapim, Kwahu, New Juaben, Yilo Krobo, Manya Krobo, Boso and Anum.