You Can Build The Future You Want, With Or Without Support—Youth Encouraged 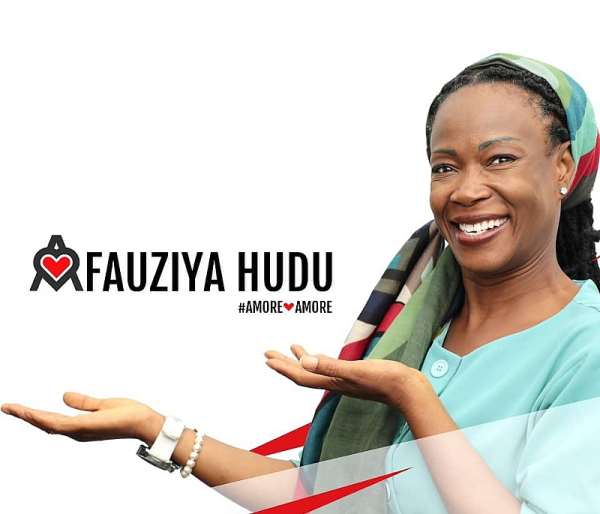 A Ghanaian businesswoman who got married at the age of 17, and had several challenges in marriage before divorce ten years later, has strongly advised the youth against 'short cuts' to riches.

The youth, she advocates, must be empowered psychologically, culturally, and financially by their families, the state and by themselves if Ghana, and Africa as a whole, wish to secure the continent's future.

Speaking on East Legon based Yonkopa FM's Obaa Sima radio programme, Fauziya Hudu took listeners through 'her journey' from childhood till present day, narrating the challenges life threw at her, and how with determination and self-motivation, she maneuvered through the maze.

Having been forced into an early marriage at the age of 17, Fauziya was taken to Italy during the ten-year marriage which produced two daughters. When the marriage ended as a result of the husband's infidelity, she was left in ruins when the husband took her two daughters and ran to Ghana without a trace.

After three months of sobbing and living a life without hope, she one day looked at herself in the mirror and made a definite decision not to allow anyone to destroy the brand she was gazing at. "That was the day I decided that it was time to fight for who I want to be so that I can be a good mother to my daughters, and also be in a position to help people who may be going through or have gone through the ordeal I had endured in my childhood", she said on the show, hosted by Martha Mawusi Dogo (MMD).

She stated that no one should point accusing fingers at anyone for their own failures in life. "There is always a voice within you constantly reminding you to get up and make an effort. You are not going to get it right the first time and all the times, but you have no excuse to remain down"' she emphasized.

At age 42, Fauziya enrolled at the university to study a Bachelor of Arts in Communications Studies with a specialization in Development Communication. Combining academic work in her final year now, and business, plus managing her family, isn't an easy task, but for her, she has passion for all three so she doesn't struggle to give all her best shot.

Madam Fauziya Hudu is an astute Ghanaian businesswoman who is a philanthropist and a social activist with special interests in the empowerment of the youth and women, and respect for all people irrespective of gender, race, ethnicity or socio-economic status.

Having founded, co-founded, and managed very reputable business entities in Ghana and Italy, Casta Diva, as she is affectionately called, has wide enviable and commendable experience in the business of construction, real estate, import and export, project management, migration, diplomacy, and international relations. Her love for humanity has seen her venture into many charitable works, but as typical of her, she prefers they remain anonymous.

Call her a Jack of all trades - you will be right, but she is also master of all. She is very hands-on and runs an open-door policy in her office. Though down to earth and easily approachable, Fauziya is a disciplinarian and a principled woman who believes that excellence is an attitude that can and must be a pursuit by all humans. For her, integrity has no alternative, just as love for all cannot be overemphasized. She is a mother of three and a proud grandmother