Caritas Ghana Reaches Out To “Kayayei” With Resettlement Support 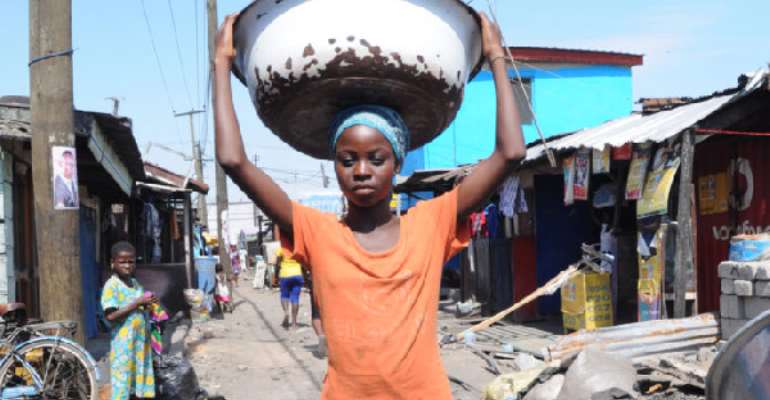 The Humanitarian and Development Agency of the Catholic Church in Ghana in a bid to alleviate the suffering of the vulnerable in society especially in this coronavirus, pandemic era has put in place measures to help reintegrate and resettle head porters in the cities popularly known as Kayayei.

“Kayayei” in the cities of Accra and Kumasi have been worst impacted by Covid-19 as most of them have lost their means of livelihood due to either lockdown or general economic downturn.

According to the Executive Secretary of Caritas Ghana, Mr. Samuel Zan Akologo “We will provide practical support to those (Kayayei) who would make the decision to move like transport, temporary livelihood (food) and first aid in health like National health Insurance Scheme (NHIS) registration,” he told the writer in an interview.

To help restore hope to these vulnerable ones, Mr. Akologo noted that Caritas Ghana is partnering with other Organizations in Northern Ghana, to provide them with skills training while ensuring that “there is small credit support as start up for those who have already learned a trade and want start-up support.”

As part of efforts to contribute to the alleviation of hardship on the populace and to contribute to the national response to Covid-19 pandemic, Caritas Ghana with support from STAR-Ghana Foundation organised a Stakeholders’ dialogue meeting in Kumasi on August 13, 2020 to discuss ways to reintegrate and resettle the vulnerable poor especially head porters in cities, who have been mostly hit by the pandemic.

It was held in collaboration with Kumasi based Street Children Project and the Tamale based African Development Organization on Migration (AFDOM) to facilitate services for these Kayayei through their resettlement and reintegration.

The first dialogue meeting was held for Metropolitan, Municipal and District Assemblies (MMDAs,) NGOs and Media Organizations in Northern Ghana in July to discuss the matter. There was the need for a follow-up meeting with same groups in Ashanti Region, as most of the Kayayei are in Kumasi city.

However, the Kumasi dialogue meeting provided an interface between the MMDAs in Northern Ghana and their Colleagues in Ashanti Region to explore how they could more effectively coordinate their response and action.

The meeting at the Golden Tulip Hotel, Kumasi City was attended by 60 participants made up of five Chief Executives of MMDAs. These comprised of the Kumasi, Asokwa, Oforikrom, Asokoro Mampong, Old Tafo Assemblies all in the Ashanti Region.

In attendance also were ten beneficiaries of the SCP made up of nine girls and a boy who were formerly on the street of Kumasi until they met SCP, and are currently under the sponsorship of SCP in either formal education or skill training.

Speaking at the sideline of the meeting, Mr. Akologo said the “Kayayei” would be linked up with Government's available Covid-19 support programmes at the District level.

He added that “This is why we are facilitating dialogue meetings with the Metropolitan, Municipal and District Assemblies in the North and their Counterparts in Southern Ghana to explore ways to collaborate to facilitate the provision of these services to the head porters and other displaced vulnerable populations.”

At the Kumasi dialogue meeting, Catholic Nun, Sr. Olivia Umoh who is the Director of Street Children Project (SCP), highlighted some efforts being made to bring hope to the Kayayei in Kumasi. She noted that they were being trained in skills while they are also provided with shelter and food.

“There are many street children being catered for by the SCP at the secondary education level, bearing their full financial costs. We have and also given vocation training skills to women in beads making, dressmaking, hairdressing among others, all at the SCP’s expense,” she said.

Catholic Priest who is the Development Co-ordinator of Catholic Archdiocese of Kumasi, Fr. Joseph Asante was of the opinion that government should implement child rights laws and policies that sought the good welfare of children to curb streetism in the country.

Following the outbreak of the pandemic in Ghana, the Catholic Church through the Caritas Ghana Office has embarked on many humanitarian gestures with the provision of food items and financial supports to many vulnerable including Kayayei.

On May 2, this year, Caritas Ghana with support from Star Ghana Foundation made presentations to some victims of demolitions at Old Fadama, a slum area in Accra, by the Accra Metropolitan Assembly. Each displaced family mostly Kayayei and okada riders received a token amount ranging between GHc100 to GHc200 totaling GHc20, 000.

Old Fadama is a slum area in Accra which has been renamed City of God by the Catholic Archdiocese of Accra to replace what is popularly known as Sodom and Gomorrah. The "City of God Project" is one of the several social service interventions provided by the Church.

The "City of God" is the name adopted by the Church. It is home to over 150,000 slum dwellers mostly poor and vulnerable who are scrap dealers, okada (commercial motorbike) riders, and head porters also known as “Kayayei.”

Prior to the demolition on April 15, 2020, hundreds of residents of Old Fadama, were rendered homeless after fire had engulfed some parts of the slum destroying hundreds of structures leaving over 800 people in the slum homeless.

On stringent measures that could be taken to forestall the vulnerability of the street porters, Mr. Akologo told the writer that “Ghana has laws to regulate streetism and these laws must be enforced.

He noted that “To do this, Government Agencies need good collaboration with Care Homes who can take these street children for temporary shelter or even on a long-term basis to provide them with skills training.”

“We also need to urgently reform our care system in Ghana to incorporate some useful cultural dimensions. I believe the Ghanaian family system can be used to provide home-based care for displaced children.,” he added.

This, according to Mr. Akologo, “is why, for instance, the Catholic Church encourages families to adopt orphaned or displaced children to give them family-based training instead of leaving them to Orphanages.”

“The situation of streetism is a compelling call for policy response, he stated, saying that “in my view, innovative forms of social protection policies and Programmes are needed from Government as a response.

Caritas Ghana received funding from STAR-Ghana Foundation to implement a five-month programme of activities in response to the Covid-19 pandemic from April to August 2020.

The implementation framework is an Interfaith collaboration involving diverse faith-based organizations of Muslim, Ahmadiyya, Protestant, Pentecostal, and Charismatic Christian groups under the FAITH in Ghana Alliance.

According to Mr. Akologo “The Advocacy component of the programme is to facilitate government responsiveness to critical needs of vulnerable populations who have been impacted by Covid-19.”

“In this regard, the main focus has been on monitoring the social protection component of the Government of Ghana Covid-19 Alleviation Programme at the Local Government level,” he added.