Punish Those Who Registered 66 Ivorians – Peace Council To EC 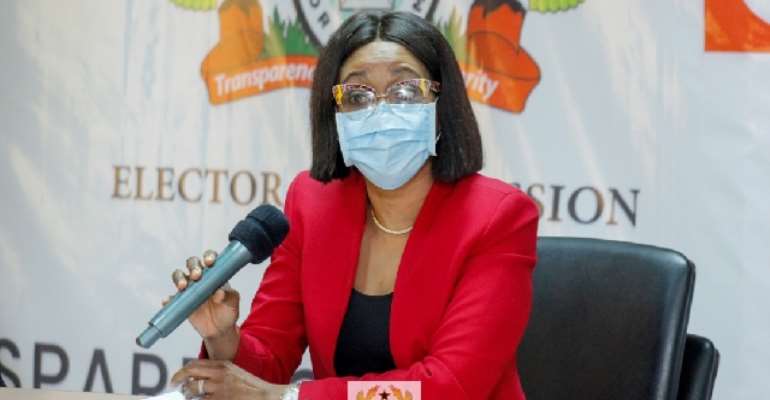 The National Peace Council (NPC) has urged the Electoral Commission of Ghana (EC) to “validate” the newly-compiled voter register and delete names of unqualified persons from it and report to Ghanaians in order to ensure the confidence of the citizenry in the new roll.

This was contained in a statement issued by the NPC on Sunday, 16 August 2020.

The NPC stated that: “As part of its mandate to facilitate and develop mechanisms for conflict prevention, management, resolution and to build sustainable peace in Ghana”, it monitored the just-ended voter registration exercise in the country.

The NPC observed that “the compilation of a new voter register by the Electoral Commission was met with resistance by some political parties and civil society organisations. This was an issue of national concern to all peace-loving Ghanaians. It is, therefore, refreshing that regardless of these bottlenecks, the Electoral Commission has been able to complete the exercise of compiling a new voter register within time schedule.”

It emphasised that: “Generally, the conduct of the voter register was peaceful” while noting that the “majority of the registration centres” that the council visited “conducted themselves in civility and in accordance with laid-down procedures” as provided by the EC.

The Peace Council also lauded the platform created by the EC “Let the Citizen know” which was used to “update Ghanaians on the exercise”, noting that it largely contributed to the enhancement “key elements that go to improve the credibility of such exercises.”

The Peace Council further commended the EC and the security agencies for the “swift action that they took on the unfortunate happening at some registration centres.”

It, however, noted with “regret pockets of violence which confronted a few of the registration centres during the exercise. The National Peace Council believes this violence, some of which resulted in the unfortunate reported deaths of two young men, could have been avoided…”

It further urged the “Ghana Police Service, and particularly, the Inspector-General of Police, to expedite action” with regard to ongoing investigations into the criminal matters which came up.

The NPC reminded political parties, especially the “NDC and NPP that they have publicly subscribed to a Roadmap and a Code of Conduct on the eradication of all kinds of political vigilantism and election related-violence.”

The NPC also suggested that the EC, the Ghana Immigration Service and the Ghana Police Service “leave no stone unturned in investigating circumstances that led to the registration of some 66 persons purported to be citizens of Cote d’Ivoire” at the Banda Constituency in the Bono Region and “officers found to have illegally registered the Ivorians must face the full rigours of the electoral laws of Ghana.”

It also called on the EC to, as a matter of urgency, “validate the voter register and expunge names of unqualified persons” and report same to the people of “Ghana in order to guarantee citizens’ confidence in the integrity of the new voter register.”