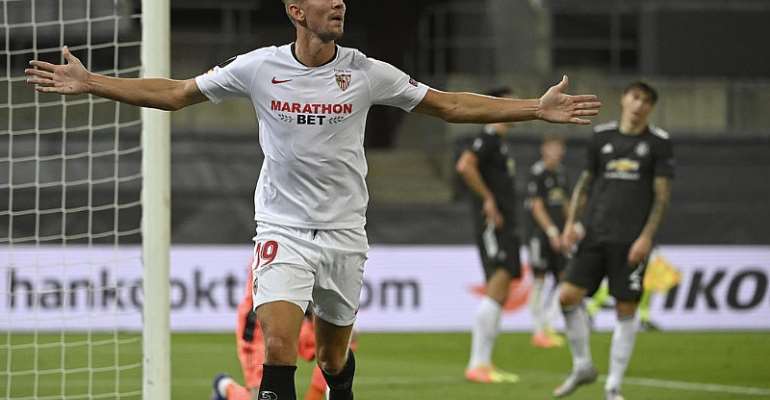 Sevilla advanced to the final of the Europa League on Sunday night after a 2-1 win over Manchester United at the RheinEnergieStadion in Cologne.

United took the lead after seven minutes from the penalty spot. Diego Carlos brought down Marcus Rashford and Bruno Fernandes dispatched the kick past Yassine Bounou.

Sevilla levelled 20 minutes later through Suso. He swept the ball past the United goalkeeper David de Gea after being set up by Sergio Reguilon.

United started the second-half with menace. Bounou saved from Mason Greenwood and Anthony Martial within the first few minutes. And United paid the price for their lack of precision as the Spaniards regained the ascendance after 76 minutes.

United brought on striker Odion Ighalo and midfield playmaker Juan Mata  late to try and salvage the tie. But Sevilla defended doughtily in the closing stages to reach their fourth Europa League final since 2014.

“It's difficult to take," United skipper Harry Maguire told BT Sport. "The boys are devastated. We created numerous chances. The best team lost. We've been ruthless at times this season, but today we weren't. We started with a high press but we then let them have too much possession for our liking.”