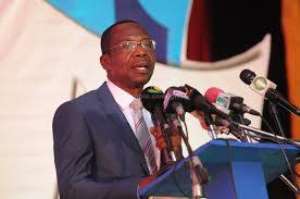 The Ghana Journalists Association (GJA) is calling for swift action to bring the soldier who brutalized journalists of TV3 on Wednesday, August 12, 2020, to book.

While in the line of duty yesterday at the Tema Station in Accra Central to cover a story on the state of sanitation, a TV3 journalist, Stanley Nii Blewu, and his colleague Joseph Armstrong had an unpleasant encounter with military personnel.

According to the reports, the soldier asked a police officer to arrest the TV3 crew for taking shots of a clean-up exercise. The policeman reportedly declined and told the soldier that the cameraman had not committed any crime for filming the clean-up in a public space.

This infuriated the soldier who then instructed other security personnel and city guards to surround the cameraman for refusing to surrender his phone and camera.

The bizarre scenes that followed saw Stanley Nii Blewu leaving the Accra Metropolitan Assembly (AMA) office with a swollen arm and excruciating pains all over his body.

In a statement from the umbrella body of journalists, it called for swift justice for the reporter.

, “The Ghana Journalists Association (GJA) has received with utter shock and intractable concern reports of brutalities meted out by a soldier to a TV3 cameraman, Stanley Nii Blewu”, a statement from the GJA signed by its President Affail Monney has said.

As the December 7 elections inexorably approach, GJA says the international community in general and human rights groups, in particular, have understandably sharpened their focus on Ghana.

Hence, they insist “the most decisive and effectual move to salvage the country’s luminous image is for the military authorities to launch an immediate investigation into the unrestrained attacks on the TV3 cameraman and deal with the soldier squarely if he is found guilty”.

Read the full statement from the GJA below:

2022 budget: Kyei-Mensah-Bonsu not trustworthy, he reneged o...
9 minutes ago