I Will Fix Ashanti Roads When I Win – Akufo-Addo Assures 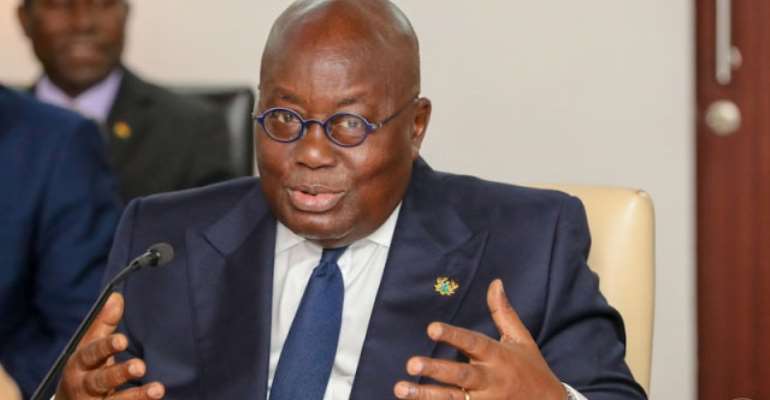 President Akufo-Addo has given an assurance to complete all major roads in the Ashanti Region when his mandate is renewed on December 7.

He said his administration had worked tirelessly to construct some of the deplorable roads in the region, hoping to fix more bad ones when his mandate is renewed.

President Akufo-Addo, who was being interviewed on Kumasi-based Wontumi Radio, entreated the electorate to vote massively for him to sustain his good works.

He said he was aware of the importance of good roads in the transformational process of the country hence his agenda to construct roads would be jealousy maintained.

The President said his administration had shared the national cake equitably in all the regions in the country, adding that the Ashanti Region had also benefited from road projects.

On the health sector, he said the Ashanti Region had benefited immensely, citing the ongoing works on the maternity ward at the Komfo Anokye Teaching Hospital to buttress his claim.

The President pointed out that plans were in the pipeline to construct a teaching hospital at the Kwame Nkrumah University of Science and Technology.

He said he would be counting heavily on the Ashanti Region for votes on December 7 in order to retain political power and complete the projects he had started.

Sounding confident, President Akufo-Addo predicted that he would emerge as winner in the presidential election, and he would get most of his votes from the Ashanti Region as usual.

“I'm wholeheartedly grateful to Asanteman for their unflinching support which proved vital in helping me to win the 2016 presidential election to lead this great country.

“And ever since I assumed the mantle of leadership of this country, Asanteman have once again stood firm behind me, and I cannot thank Asanteman enough for their support,” he said.