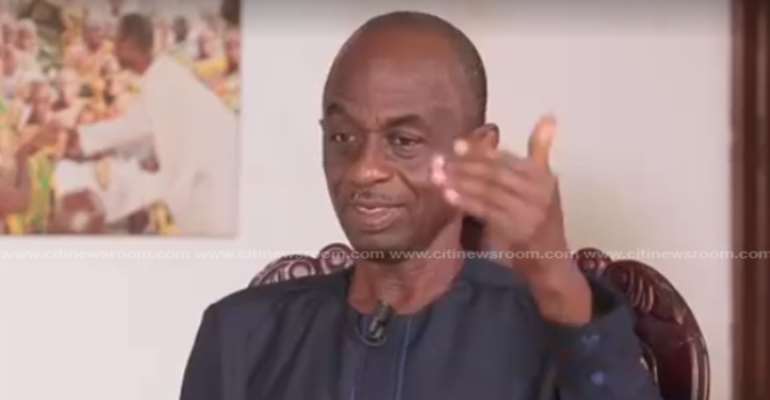 The General Secretary of the National Democratic Congress (NDC), Johnson Asiedu Nketia, says the book by former Local Government Minister, Prof Kwamena Ahwoi, which records his time working with ex-president Jerry John Rawlings, will not have any effect on the party’s fortunes going into the general elections in December.

In the book titled “Working with Rawlings”, Prof Ahwoi, among other things, chronicled his dealings with Rawlings who gained access to power through a coup but subsequently handed over power peacefully.

He also captured the ups and downs of the Rawlings government.

Ahwoi, in the book, also disclosed that he and other NDC members later groomed some young NDC communicators to tame Rawlings, who gave the late President John Atta Mills a tough time during his tenure as President, with his scathing attacks.

The recently published book has caused a lot of controversy among members of the opposition party, creating the notion among some sections that it was deliberately published to cause commotion within the NDC, with the 2020 elections just around the corner.

Mr. Asiedu Nketia, however, is opposed to this notion.

According to him, the contents of the book, which have caused a stir among members of the party, has nothing to do with the NDC as a whole, and hence, will in no way affect the campaign strategies of the party.

He stressed, “Since the book is not authored or authorised by NDC, it doesn’t mean that anybody who is in the NDC must have everything he does together with the timing and everything sanctioned by the party. So they are free to do what they choose to do outside the party’s main strategy for elections. I don’t want to the policeman in the affairs of everybody within the party because I cannot be that policeman.”

Professor Kwamena Ahwoi on Thursday, July 30, 2020, launched his book which extensively presents insights about his working relationship with the Founder of the NDC and former president, Jerry John Rawlings.

But the ex-president, Rawlings has discredited the claims in the book, emphasizing that Ahwoi's claim is borne out of a desire to control the party.

Smaller groups like the Volta Youth Forum and the Regional Youth Organizers of the NDC have also condemned the contents of the book which they claim directly attacks the NDC founder and destroys his legacy.