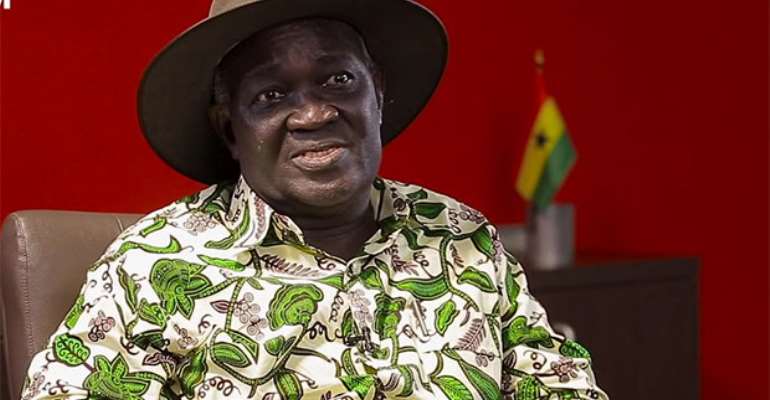 To be selective in the chronicling of events, especially as they pertain to the dark chapters in our country's annals, which was what Prof Kwamena Ahwoi did in his 'Working With Rawlings' is regrettable and unfortunate.

Expectedly, the book has attracted reactions from persons who have filled in the expunged segments.

Prof Ahwoi has albeit succeeded in avoiding the minefields related to his contributions to the junta and beyond, something which as pointed out earlier is the reason why young men would howl at the founder of the party today, even he too has his set of skeletons in the closet.

The Prof's undue benefits which he derived from his working under Rawlings even as he portrayed the picture of a social democrat in those days when he decided on the fate of his compatriots is what does not make him infallible and, therefore, beyond reproach.

To nurture innocent young men into sharp-teethed persons and unleashing them onto the political plane when his own children and those of the members of the Ahwoi dynasty have benefitted from state largesse and working in posh employments abroad passes for self-centredness.

The Citizens Vetting Committee (CVC) across which he straddled like a Colossus ushered in a reign of terror in the country; the like of which has never been known in the country. Ideological lunacy was the order of the day and business persons who were foolish as to become rich were targets of Kwamena's CVC.

The Prof does not use 'Afro Moses' sandals any longer, his preference being something more sophisticated. Some of his victims when he was the alpha and omega of the CVCs could not recover from what they went through under the draconian junta, whose queer feature of jailing of persons it hated, the wealthy especially, for 200 years and beyond.

The Machiavellian tactics, wicked as they were, emanated from the Prof's rulebook.

What happened to the many disappeared Ghanaians? We might not know because the Prof did not touch this footnote in his literature. Didn't he know or he simply avoided it. Or he was not part of it.

We are hard-pushed not to concur with someone's description of the Ahwois as persons with an obsessed sense of grabbing for themselves everything that belongs to government. Today, the family is light years away from poverty. Who says it is not pay to be politically cunning?

Their ability to worm themselves into the successive NDC governments explains their dexterity, no cunningness.

As for the Prof, when it suited him, the retired Air Force officer was good. No longer so after getting what he wanted.