EC And The New Register: Much Ado About Nothing 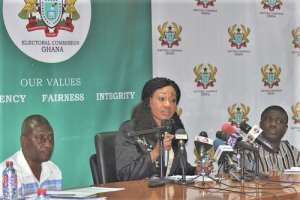 Ancient Greek fabulist, Aesop bequeathed posterity the story of a charcoal-burner. A charcoal-burner carried on his business in his own house. One day he met a friend who was a fuller [a person who makes cloth].

The charcoal-burner encouraged him to come and live with him because living together would lessen the burden of their housekeeping expenses. The fuller replied to the charcoal-burner, “The arrangement is impossible as far as I am concerned, for whatever I should whiten, you would immediately blacken again with your charcoal.”

The Electoral Commission has justified the compilation of the new voters’ register insisting the 16.6 million voters captured in the new register so far is a fair count of voters in the country” (Source: MODERNGHANA.COM, August 7, 2020).

The source stated further that “Potentially, without the compilation of a new voters’ register, the Commission was on track to have almost 19 million people registered, and another 800,000 denied the right to vote. With the compilation of this register, those on the duplicates and exceptions lists from 2012 have had the opportunity to register”, Dr. Asare noted. I am not vaunting of a repository of wisdom to construct the niches of partisan politics in Ghana, even so, Bossman Asare’s justification lacks clarity and logic!

Is it not risible for someone with a Ph.D. in political science would be easily swayed into the anchor of political susurrus and sophistry? Bossman and his boss asserted the old register was bloated without any empirical evidence. The EC leaders stated that the old voter’s register would have captured about 19 million people. The first thing Dr. Asare and Jean Mensah should have done was to look at the total number of voters in the old register, and statistically calculate the G*power sample estimate of the total voter population and conduct research about the possible dead voters. Without any reference, Bossman Asare hoodwinked Ghanaians that international standard for voter population and general population ratio hover between 50% to 55% and the voters captured in the just ended registration exercise represents 53%. I suggest to you [Bossman Asare and Jean Mensah] that if EC had championed the cause of deleting dead voters, the-so-called international standard voter population –general population ratio would not be a far cry from accomplishment. As noted in the Aesop’s fable, the new register will be bloated again if EC fails to remove dead people. To wit, a whitened cloth will be blackened still!

With relatively little effort, 16.6 million voters captured in the new voter’s book is ample testimony of the resounding victory for those of us convinced that there was no scintilla of evidence to suggest that the old voter register was bloated. Intransigent Jean Mensah and Bossman Asare (Ph.D.), went ahead to spend $150 million of taxpayer’s money to replicate a voter’s register. We are all stunned by the high school boy’s ignoble faux pas against the president of the Republic, Nana Akufo-Addo. It tells us how high school teachers are suffering. This money could be an incentive package for teachers, nurses, lecturers, and doctors. It could be a stimulus package for citizens furloughed from their jobs due to the COVID-19 pandemic. We could have used it to cushion pensioners!

Dear Dr. Asare, could you explain the reduction in the Ashanti Region? After preventing the so-called Togolese from registering, is there any significant difference between the old register and the new register in the volta region [Volta plus Oti regions]? Vicious allegations will not inure to our benefit as a country? When it comes to politics Ghana always has money to waste!

Again Aesop told us a fable of a dog crossing a bridge over a stream with a piece of flesh in his mouth. The dog saw his own shadow in the water and took it for that of another dog with a piece of meat bigger than his own in size. He immediately let go of his own, and fiercely attacked the other dog to get his larger piece from him. The dog, therefore, lost both slices of meat because the meet he attempted to grasp was his own shadow! NPP has scored own goal with the new register with the reduction in the Ashanti region only if not illegally transferred to NDC strongholds to win more seats.

A reduction in the Ashanti region was supposed to be a source of consternation to NPP, yet, Wontumi resolved to pop champagne? NPP has been accusing the volta region of registering Togolese, but the new register reveals the Ashanti region was rather bloated! As a country, we must learn to argue with evidence rather than acrimony! Certitude is not the test of certainty. We have been cocksure of many things that were not so.” – Oliver Wendell Holmes. This new register is much ado about nothing! EC Bosses could have attained the same number if they had removed dead people from the register.