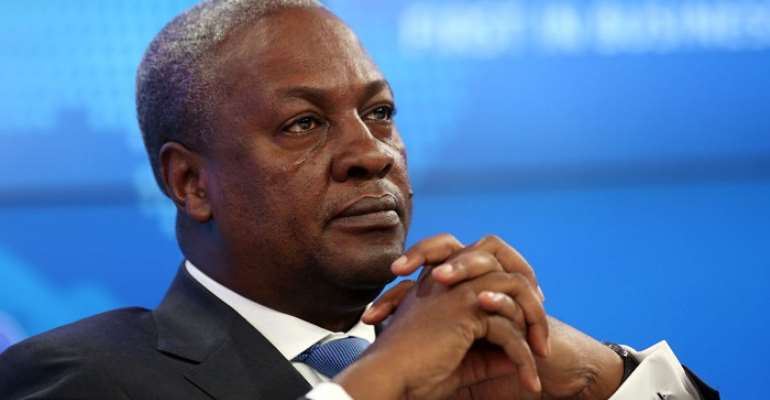 Ever since I devoted part of my precious time to follow politics in Ghana, I have never understood or stopped wondering why some people in the NDC behave the way they do and why their actions and criticisms are always characterized by violence, negativity, intimidation, deception, abusive language, disrespect for elders and authority. Sometimes I wonder whether the followers of the party are from a different planet. What beats me is, in their desire to win at all cost or to compensate for Akan votes, they unpatriotically partake in acts such as organizing other nationals of neighbouring countries, particularly Togolese, to vote in our elections. I have been trying to find an appropriate adjective to describe the party and it seems I am at a dead end but the closest that comes to mind is 'CUNNING NDC'.  Cunning implies a shrewd, often instinctive skill in concealing or disguising the real purposes of one's actions, not intelligence but a low kind of cunning – (Dictionary.com) and I think the NDC has the propensity toward deceit, slyness and trickery.

The Revolution (PNDC) begat the NDC and since violence is synonymous with revolutions, it is not surprising that NDC indulges in violent activities, threats and intimidation in the course of its political development. Ex-President Rawlings did not hand over democratic governance to Ghanaians on a silver platter – he was compelled to do so by pressure from the international community coupled with political and economic failures at home.  On his acquiescence to return the country to democratic rule, he did not hide his misgivings and openly declared that he did not believe in democracy. He mocked Ghanaians and taught them bitter lessons on how to establish democracy through the ballot box in 1992 and 1996 by rigging the elections to enable him enjoy two terms without sweat.  Since then, RIGGING has become part and parcel of NDC's strategy to win elections.  Ironically, Rawlings formed and named his party the National Democratic Congress.

The party was initially formed with revolutionary cadres and all sorts of characters that had committed various atrocities during the revolutionary era. They found a place of refuge under the NDC and psychologically its flag—the umbrella.  For such a party to abandon the culture of violence seems an impossible demand. So when ex-President Mahama says “…… I want to sound a caution that NDC has a revolutionary root, and when it comes to unleashing violence, no one can beat us to that”, he is only stating a known fact.  What the NDC however fails to realize is that times have changed and since the NPP and other political parties are not prepared to allow themselves to be intimidated and cheated, violence and rigging are no longer the exclusive preserve of the NDC.

The NDC has virtually opposed many NPP's proposals on the electoral process, developmental projects and social intervention programmes.  The negativity of NDC's criticisms does suggest that either the party does not do its homework well or does not want the progress of the country.  On assumption of power, the NDC never scrapped any of the programmes they bitterly criticized, but rather exploited them to near extinction. To refresh the memory, the NPP struggled bitterly with the NDC before the black ballot boxes used to rig 1992 elections were changed with funds from the Canadian government. A strong objection ensued again when NPP demanded pictures of voters on voter ID cards. During President Kufour's era, the NDC opposed the introduction of the National Health Insurance Scheme (NHIS), the issuance of national identification card, the introduction of free maternal healthcare, free school feeding programme, the payment of Livelihood Empowerment Against Poverty (LEAP) and teacher training allowances.

During President Akufo-Addo's regime, the NDC is venting its spleen on the introduction of the national identification card, the Free SHS education, the preparation of new voters' register. They have now turned their attention to politicize Covid-19, giving the impression that they would have done better. As a social democratic party which should have been boasting of many social intervention programmes, the NDC sadly cannot boast of any in its sixteen years of democratic rule.  The irony of it all is that when they came to power after President Kufuor, they corrupted most of the programmes, mismanaged and left them virtually bankrupt. The obvious example is the NHIS which was rendered hopeless financially until the present government revived it. The sad part is that the holders of the NHIS cards were allowed by NDC to use the cards to obtain voter registration cards knowing well that not all holders of the cards are Ghanaians. If anybody believes the NDC is the party to develop Ghana, I beg to differ.

From the revolutionary days of 'we no go sit down make them cheat us every day', the respect of our elders and leaders has suffered a monumental damage never to be regained.  The story of the 'Montie 3' and the description of these characters as 'babies with sharp teeth' by the leader of the revolution are the admission and admonition of what the revolution has bequeathed to our nation and unless some steps are taken to reverse the trends it can never be wished away. The traditional respect of leaders and elders has been wiped out and many Ghanaian youth and those born after the revolution between the ages of 20 and 40 have been caught in the 'revolutionary virus of disrespect'.  The youth of today have no exemplary conduct to emulate and therefore copy the bad habits and consequently the indiscipline continues.

The NDC criticizes hypocritically and always with a hidden motive or agenda.  Wikipedia defines hypocrisy as “the practice of engaging in the same behaviour or activity for which one criticizes”. The party is good at pretending or couching its words in such a way as to convince the ordinary mind to believe what they say. It also has a habit of telling lies repeatedly, making people believe what they are saying is the truth. The recent criticisms of corruption levelled against the NPP are typical example of 'the pot calling the kettle black'.  Many Ghanaians know that ex-President Mahama lost the 2016 general election mainly due to the accusation of corruption of himself, his brothers and ministers. There are other corrupt allegations which I referred to in my last article as 'excess baggage' which needs to be explained to Ghanaians before asking for their votes. Unfortunately, he prefers to remain silent because by his own conviction, Ghanaians have a short memory and silence being golden perhaps—he may sail through.

When the NDC says that the preparation of a new voters' register will disenfranchise many Ghanaians, what they are really saying is that the names of aliens whose names have been fraudulently engineered into the register will be removed. The presence of the military along our borders which is being interpreted by the NDC as 'intimidation' is in reality the prevention of aliens using unapproved routes to participate in the voter registration exercise. Ex-President Mahama, in his xenophobic remarks, sought to create the impression in the Volta Region that the military presence at the border is meant to divide the people of Volta Region but failed to comment on the presence of the military in other regions.  Normally, many of the accusations the NDC level against the NPP are in reality, the very actions they indulge in and when out of power they seem to be haunted by their own mischief.

The adage that 'a leopard cannot change its spots' comes to mind but for the NDC, changing its spots may win some supporters for the party because its continued association with the Revolution and continued insults of elders by 'babies with sharp teeth' has driven a wedge between some Ghanaians and the party. The bitterness and vengeful characteristics of the Revolution are always exhibited by some members of the NDC and this belligerent attitude drives many Ghanaians away from the party. The principles of 'integrity, probity and accountability' which the Revolution sought to establish in our body politic are now a hoax.  The question is; for how long will the NDC delude itself that 'integrity, probity and accountability' can be achieved when many of its followers now believe in 'create, loot and share?'

The NDC has become 'Asantrofie anoma' in Ghanaian politics. 'Asantrofie anoma' is a proverbial bird in the Akan language, who goes upstream and muddies the stream and flies downstream and questions who muddied the water. The NDC blames the NPP for every misfortune in Ghana except itself. From 1979-2020 (41years), the NDC has ruled 29 years, including the revolutionary period whilst the NPP has ruled approximately 12 years.  If many Ghanaians are corrupt and Ghana has not made much progress in the last forty years, blame the NDC.

“Cunning is the art of concealing our own defects, and discovering the weaknesses of others”- William Hazlitt