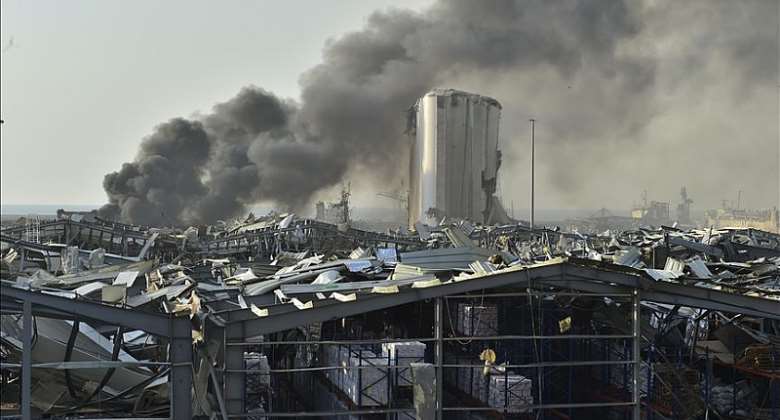 The secretary-general of the Lebanese Red Cross on Wednesday said victims of Tuesday’s explosion at the Port of Beirut have risen to 100 and more than 4,000 were injured.

In a televised statement aired by Lebanese broadcaster LBC, George Kettaneh said Beirut hospitals no longer have the capacity to absorb the rising number of victims.

He added that the death toll has risen to 100 and more than 4,000 have been injured, with some of them still under the debris.

Lebanese President Michel Aoun cited ammonium nitrate as the source of the explosion, which leveled a three-story building and was heard across the city and its suburbs.

Heath Minister Hamad Hassan said late Tuesday that at least 63 people died and more than 2,750 have been wounded in the blast.

The Supreme Defense Council in Lebanon declared Beirut a disaster-stricken city, as part of decisions and recommendations to face the repercussions of the explosion.

Tuesday’s explosion deepens woes of the country that has been suffering for months from a severe economic crisis and intense political polarization.