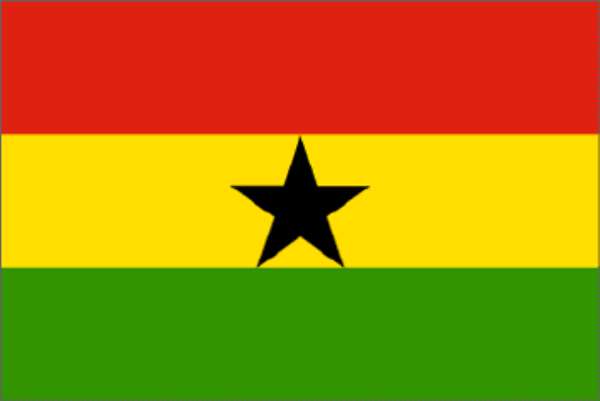 So it looks like the battle lines are getting clearer and the boundaries are beginning to set themselves apart even more vividly. Everyone believes Ghana's democracy has come far. And that is no fluke. Emerging out of over a decade of military 'expansionism' where the spirit of demagogy broke lose, most of it under the overbearing shadow of the Rawlings era, Ghana has moved from its trailblazer status as a pioneer of the independence struggle in Africa into a marginal African state surpassed in reputation by other new but bigger players such as Nigeria, South Africa and even Senegal. In the late 80s and early 90s a series of domestic and external factors launched the republic into what was later to become one of Africa's textbook examples of a shinning democracy. A new constitution based on a hybrid configuration of presidential and parliamentary ideals, four successive elections and a culture of seeming freedom aiding a fledging media and a free market economy has since marked what many say is West Africa's answer to first world pessimists.

Now it seems a lot of dust has settled and with apologies to our own domestic comedian idol Kwaku Sintim Misa, the chips seem to have fallen where they may. The National Democratic Congress which some have variously described as the second coming of the PNDC, held the corridors of power for the first eight years of Ghana's newly embarked democratic experience. Led by its political, spiritual, social, psychological and charismatic leader, Jeremiah John Rawlings, the party that had colored itself in the drapes of the erstwhile totalitarian PNDC regime defined their own form of governance as a neo patrimonial system consisting of highly centralized rule leading to personalization. Rawlings governed largely as he saw fit and his rule was characterized by the unmediated and uncircumcised control of coercive apparatus (Sand brook and Oelbaum, 1997). Under his ever watchful and dominant eyes the distribution of state generated benefits largely fell on the laps of political followers leading to pervasive clientelism. Others say he made a mockery of democracy. But really, much of the story under his reign has been so repetitive, so intrinsic and the story retold so many times I guess even the most casual observer of our nations politics could continue the rest of the NDC's lovely doodle with power.

Eight years of socialist democracy left Ghana no different from other third world countries and Ghanaians decided they would switch sides to a so called 'property owning democracy' type of government. (Whatever that means- property owning for whom? Government or the people). Only last week the party hosted a meeting of center right political parties in Africa and that raises the question of whether indeed African politics has an ideology of its own or not. So in came the NPP led by hard to predict but veteran game giant John Agyekum Kufuor in the 2000 general elections. Riding on the wave of enormous political goodwill, the Kufuor government strode through an uncertain first term in which most people gave them the benefit of the doubt. And it was in a similar mood that they got re-elected in 2004 amidst cries of electoral irregularities. Analysts said the real test of the NPP was in its second term and the real test of electoral politics in Ghana, the coming 2008 elections.

NPP stalwarts say so far so good. But a series of high handed corruption cases and rather strangely, sexually odysseys involving people in the highest corridors of power including the President, his closest workmen and party officials has left the party with very few excuses. Spare a thought though for Mama Tess who has to survive all the embarrassment of the President's perceived sexual overzealousness (if only that could be translated into politics). Before the 2000 elections the NPP was at its best in opposition and criticized the then ruling NDC to the core. It had no political record and said it hoarded the perfectionists who could lead Ghana out of the political doldrums. 2004 came and the Danquah-Busian oriented party cried for more time. Ghanaians gave them a second term but come 2008 there will be an equal playing field for both parties and the NPP can no longer use the same excuse of naivety or buying more time to implement their property owning policies. It would have been eight equal years of NPP and NDC and which way shall Ghana go then?

Much will first of all depend on the rest of the two years of the NPP government. How well the NPP record will be in 2008 since it will so much have an effect on the presidential ambitions of the numerous hopefuls who are juggling and bracing themselves up for the NPP presidential ticket? The past few years have seen an aura of vanished credibility for the NPP. Never at ease before the cameras, the Kufuor government especially President Kufuor himself now has the hunted blink, the cornered rat with nowhere to turn. Rawlings looked the same in his last days at the castle and so did President Nixon of the United States. And characteristic of all these leaders this goverment raves in imagined victories and the so much boring to hear macro economic triumphs which leaves the government so rich with much to say and the ordinary Ghanaian so poor with nothing in his pocket. The NDC admits it has learnt a lot in opposition but insists it is now a better entity to solve problems it couldn't solve when it had all resources of the country to its disposal for twenty years. They claim the NPP has messed up so much it is shooting itself out of power. But really the NDC has lost as much credibility in these past years as Kufuor and the NPP.

Indeed the National Democratic Congress has its own problems. Cash has remained a major issue within the party and the emergence of the Democratic Freedom Party led by Rawlings' sworn enemy Obed Asamoah is no good news for the ambitions of the party. Whether the DFP has a real political chance of ever capturing political power is a matter for another day but indeed one cannot neglect the political damage they have effected on the NDC considering the number of defections that have occurred in the past few months.

Closely linked to this issue is talk of a so-called third force in Ghanaian politics. Those embarking on this rumbling brouhaha have only sought to stir an already boiling political storm. And so naturally the effects of their force have either largely gone unnoticed or even if for a while has not been taken seriously. Meanwhile the protagonists of such a theory are entitled to deluge themselves in such dreams. For years the CPP has failed to ignite the sort of ferocious populism that made it a force to reckon in the early days of electoral pluralism. Along have come the PNC, the GCPP and the now on leave UGM. Will there truly ever emerge a third force strong enough to overthrow the political traditions of the NDC and the NPP?

Ghanaians, like a typical electorate, know what they want. For a long time now Ghanaians have been dreaming of a pragmatic and results oriented executive, an even more bold, no-nonsense judiciary with the courage to call of bluff and a serious minded watershed legislature with the quality to evolve not only brilliant but brazen policies. Question is to whom shall we turn?

Parliament urged to investigate roles played by SEC/EOCO in ...
42 minutes ago