New Juaben Is Not Politically the Coequal of Akyem-Abuakwa 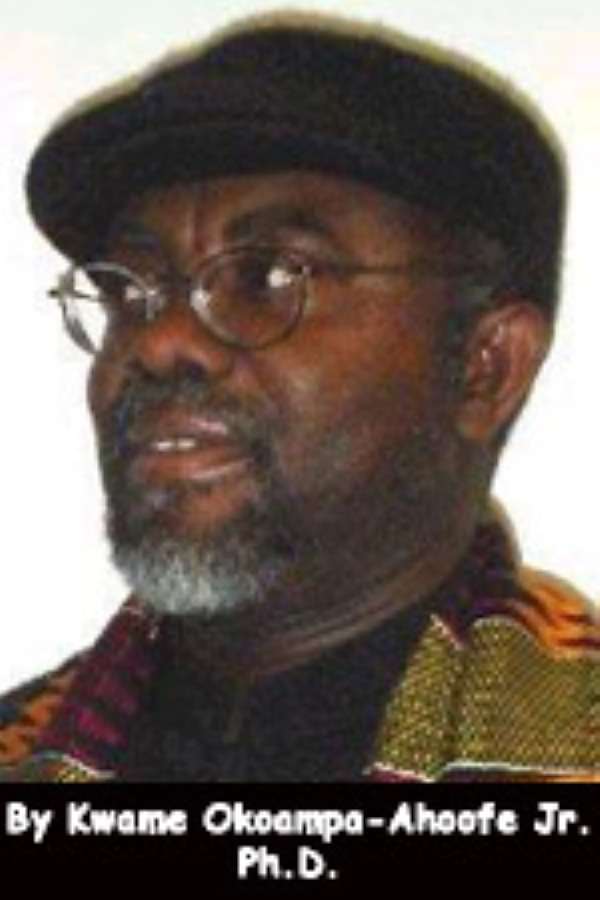 Ordinarily, I would not be wading into this running feud between The Okyenhene, Osagyefo Amoatia Ofori-Panyin, II, and Daasebre Oti-Boateng, the Omanhene or Paramount Chief of New Juaben, both of them in the Eastern Region, because consanguineally speaking, both traditional rulers are my relatives. As well, the Omanhene of Old Juaben, or Juaben Proper, Nana Otuo-Serebuor, II, is my paternal uncle on both sides of my Akyem-Asiakwa Royal Family. I am also related to the latter through my late father’s mother’s side of the Kyebi Royal family, through Nana Onwona Asubonteng, of Asante-Juaben, my great-great-great-granduncle, who deposited his niece and my great-great-grandmother in Kyebi during the last Kumasi-Juaben War. It was about the same time that the New Juaben Refugee Settlement of present-day Koforidua was established.

That will be sometime between 1860 and 1880. Now, what the preceding narrative means is that the New Juaben Omanhene is also my uncle. The Okyenhene is also my paternal cousin in a relationship that can be traced to Asante-Mampong, about the same time as the period that is often euphemistically called THE GREAT MIGRATION. Consequently, even though times have significantly changed, historically speaking, New Juaben is not an “Oman” in the traditional usage of the term, or the way that Daasebre Oti-Boateng would have Ghanaians, the Eastern Regional House of Chiefs (ERHC) and the legitimately invested occupants of the National House of Chiefs (NHC) believe. It is not a land of conquest, as one blogging commentator recently observed. Rather, it is, properly speaking, a Refugee Camp. Ironically but not uniquely so, this Refugee Settlement has become the administrative and commercial hub and capital of the Eastern Region, in much the same way that Okwawu towns and cities like Mpraeso and Nkawkaw (also partly Akyem) have become major administrative and commercial centers of Okwawuman and not Abene, the traditional and historical capital of Okwawuman.

It was this ironic shaping of history that provoked the current conflict between the New Juaben Omanhene and the Okyenhene, who is also the traditional landlord of the two smaller Akyem States, namely, Akyem-Kotoku and Akyem-Bosome. I am wedging in this aspect of the history of Okyeman into the fray, because I often hear some innocent critics claim that it is a misnomer to call the Omanhene of Akyem-Abuakwa The Okyenhene. Of course, anybody who knows the history of this part of present-day Ghana is well aware of the fact that the Omanhene of Akyem-Abuakwa is incontestably The Okyenhene. But what singularly inspired me, rather than provoked me, to pen this short piece of narrative is the rather unfortunate decision by Daasebre Oti-Boateng to call The Benefactor of New Juaben “a liar.” In the not-too-distant past, such petulant impertinence could very well have resulted in some form of political crisis. Fortunately, the distant-past and the not-so-distant-past are well behind us, at least one hopes.

Ultimately, Juabens and Akyems, like the rest of the Greater Akan Multi-Nation of Ghana and The Ivory Coast, and elsewhere within the West African Subregion, are clansmen and women, kinsmen and women as well. Indeed, it is rather mischievous on the part of Nana Oti-Boateng to vehemently and adamantly insist on coequal membership representation in the Eastern Regional House of Chiefs. But even as I clearly see it and have written considerably about the same several times in the past, the problem comes from the “vision-bereft” Okyeman Ahenfo who ought to have incorporated New Juaben into Okyeman or at least Akyem-Abuakwa, even while granting the Amanhene of New Juaben a federal type of administrative autonomy, much the same way that it has been with the Asante Federation. You see, it should not be that somebody born in Old Juaben gets posted to New Juaben to become a Paramount Chief on a piece of landed property unacquired through conquest or free acquisition, rather than as a tenant or refugee.

I was also amused to “hear” “Daasebre” Oti-Boateng – this title ought to actually belong to the Okyenhene, the Begorohene, the Akyem-Tafohene or whoever ceded the land that is presently designated as New Juaben and not a refugee settler or settler refugee – report in his memorandum to the members of the National House of Chiefs that he was too busy living in London and writing a book to have participated in the signal deliberations of the full-membership of the Eastern Regional House of Chiefs, regarding a matter of such historical significance as the reconfiguration of the membership composition of the ERHC. No such pretext could be more scandalous, to speak much less about the downright preposterous (See “Daasebre Oti-Boateng Kicks Against Composition of Restructured Eastern Regional House of Chiefs” AtinkaOnline.com / Ghanaweb.com 7/21/20).

At least Nana Oti-Boateng could have designated one of his divisional chiefs or sub-chiefs to deputize for him. Consequently, the Okyenhene cannot the least bit be faulted for allegedly assuming that the New Juaben Omanhene had not demonstrated any appreciable interest in the “congressional” deliberations on the imperative necessity to expand the current membership of the ERHC. “The auto-correlations…” and “ominous correlogram” do not amount to a hill of beans, trust me, if Prof. Oti-Boateng, the statistical terminology temper tantrum-throwing “Refugee Chief” were to directly ask yours truly. But, of course, I perfectly concur with Nana Oti-Boateng that the impasse raging between the New Juaben Omanhene and the Okyenhene is one of such a delicate balance that extreme care needs to be taken and must be handled with “glass-shaving” care.