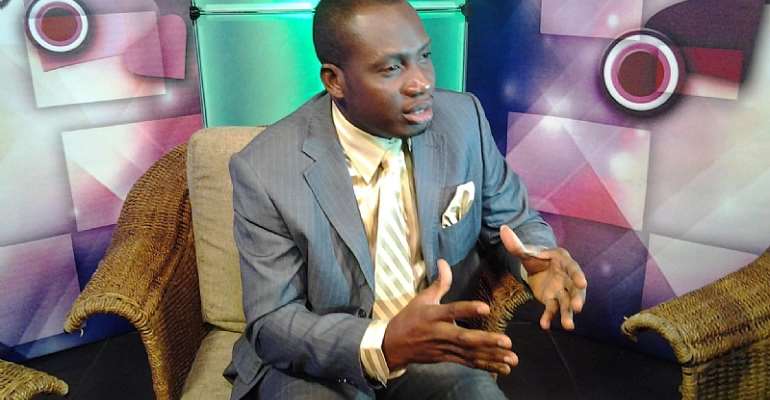 The unfortunate comments made by George Lutterodt have received wide condemnation from the Ministry for Gender, Children, and social protection as well as other personalities.

From the excerpts of the broadcast on Adom TV, a local media network, the self-acclaimed counselor said rape victims enjoy the act of being raped.

However, IHRO in its press release has called on the African Court on Human and people’s Right - Hague to take action against counselor Lutterodt.

Based on the various concerns received and with his recent unfortunate utterances, the UN IHRO is backing the Ministry of Gender in its calls to bring him to order.

In a statement signed by Dr. Steven Ackah Executive Secretary to the Country Director, IHRO has cautioned George Lutterodt to retract his unfortunate comments and apologize to the general public.

It has given an ultimatum to self-acclaimed counselor George Lutterodt to retract his comments and apologize to the general public or face their wrath.

The International Human Rights Observer is however joining hands with the Ministry to ask that he be prevented from appearing in both International and Local media houses. The IHRO further calls on the African Court on Human and Peoples’ Rights-Hague to take actions against him. And to call on the Ghana Media Commission, Ghana Psychology Council, and other stakeholders to take actions against him and to retrieve the said video from all digital platforms. 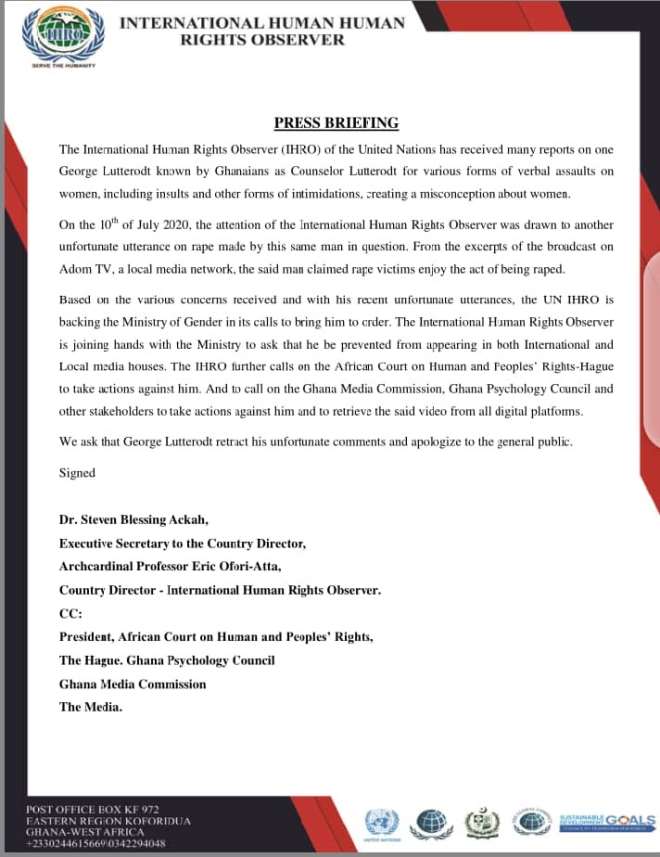